Gossip Is Messi Retiring From International Football? Who Makes More Money at the PSG, Messi or Mbappe. Know About The Retirement Plans of Lionel Messi From Football

Is Messi Retiring From International Football? Who Makes More Money at the PSG, Messi or Mbappe. Know About The Retirement Plans of Lionel Messi From Football

As the 2022 FIFA World Cup ended with a dramatic finish, Lionel Messi last said this was his last world cup. However, Messi won't be hanging his spikes just yet. After winning the World Cup, the Argentine captain stated he plans to play with the national squad for a few more years. So, the Argentinean ace will appear as an active player in the upcoming games with Argentina.

While Messi won't be retiring from football anytime soon, the next world cup will be in 2026. So, at the time, the 2022 FIFA World Cup winner will be 39. And as such, Lio decided to end his World Cup journey in 2022. As the Argentine team and their supporters stay in the victory's bliss, things for Paris Saint Germain will get a severe shake-up. Now that France has been dethroned as the champions, will Messi get a more significant piece in his club?

Messi retires from International Football but in a few years!

There are few things men have no control over, and time is one of them. Lionel Messi is getting old, but as of right now, he still has some good years as a footballer. Messi and the Argentine squad recently made history by winning the world cup, which will be Lio's final world cup. 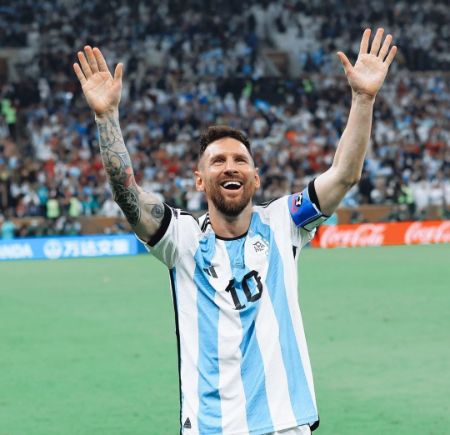 Aside from the FIFA World Cup, Messi still has time to play in other international tournaments. And with Copa America in a few years, we assume the Argentine ace will be a part of the national team in the 2024 Copa. In contrast, the manager of the Argentina Football team made a cheeky comment about bringing back Lio in the next World Cup in 2026 as well.

Before the world cup finals and their victory, Messi informed the media he'd probably miss the next FIFA World Cup. Furthermore, the Argentine team captain also stated he wouldn't be as agile in his late thirties. While he did claim it was his last "FIFA World Cup," he never said it was his final international football match.

As mentioned earlier, the Argentine Football manager, Lionel Scaloni, said they might keep Messi for the next World Cup in 2026. However, it entirely falls in Lio's hands if he wants to play in the FIFA World Cup again. And his cheeky comment made Messi fans hooked.

Argentina prevailed over France, dethroning them as the World Cup Champion. And as such, the Argentine players found their careers at an all-time high. Already counted as one of the best players in the world, Lionel Messi has gained a new height in his career.

Like a candle's light glows the brightest at the end, is this the end of Messi's career in international football? This question has plagued many football fans after the 2022 World Cup. But, in the immediate future, Lio will still appear in many football matches. And probably with new vigor in his steps as the World Cup Champion.

Kylian Mbappe earns the most at Paris Saint Germain FC!

For the current status quo, Kylian Mbappe, the French footballer, is the highest-paid player at Paris Saint Germain FC. And with the renewed contract with the football club, Mbappe earns an estimated €1,748,269 weekly wage. Likewise, Mbappe bags a whopping €90,910,000 from his annual salary. 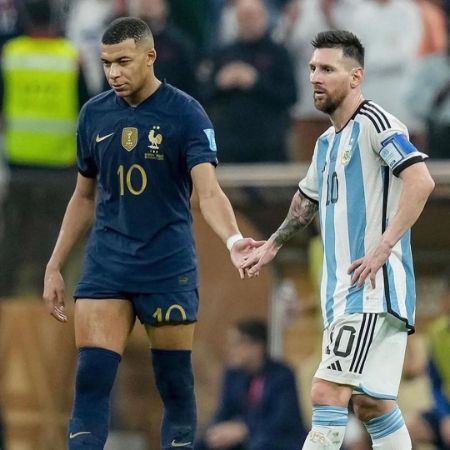 And now that the Argentine team has won the World Cup, things at PSG might change slightly. German FC could offer bigger pay to the reining champion Lionel Messi. Currently, PSG pays Messi a weekly wage of €1,223,846.

At the time of his contract renewal, Mbappe was still a defending World Cup Champion. And although the French lost the title, Kylian still won the Golden Boot. As such, his worth as a footballer hasn't diminished one bit. But, with Messi in the same club, the squad's dynamic could go south, as these two aces may clash their egos on the field.

As time passes, Lionel Messi is growing old each year. However, Messi still has a good set of years before he finally hangs his boots. The recent world cup victory ignited a new passion in the Argentine ace. As such, he doesn't look in any rush to retire from the sport he loves so much. 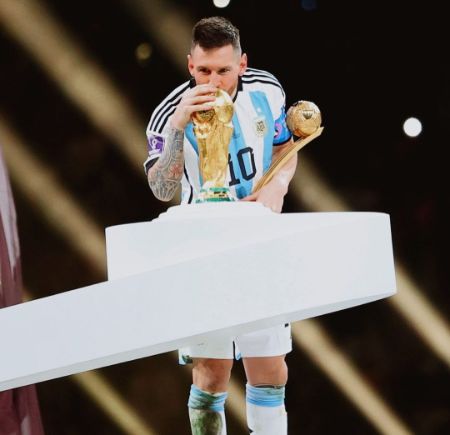 With many titles and trophies won by the Argentine legend, the World Cup is now added to Messi's trophy case. But, as any great player in the world, he wants to further his career even if his age fights back. Messi will appear as the defending champion in the next couple of years. However, the 2020s will be the last decade Messi will play as an active footballer.