American Baseballer Giancarlo Stanton Relationship Status: Know If He Is Married Or Dating

Giancarlo Stanton, an American professional baseball outfielder for the New York Yankees, is the 4-times MLB All-Star, 2 times Silver Slugger Award and 2 times NL Hank Aaron Award winner.  28-year old Stanton, with his 7 MLB seasons has achieved a lot of fame and seems eager to make an MLB history. However, he seems to be tight-lipped when it comes to his love life.

Stanton, currently enjoying the net worth of $20 million, has not disclosed his romantic relationships. However, rumors of marriage and datings have not left Stanton alone. Currently, he is alleged to be in a relationship with Raquel Vera. Let's know the truth.

Is Giancarlo Stanton Dating or Married? His Relationship

A lot of us are aware of Staton's low-profile relationships, but rumors regarding him being married are not true at all. The 2017 NL MVP, Stanton is not reported to be married. So, is he dating anyone?

Well, some sources claim that Stanton is dating Raquel Vera, a Maimi resident. However, the conjectures have not been verified.

But let's not hurry to a decision. Maybe Giancarlo is dating secretly keeping it completely out of media's reach.

Back in 2015, in an interview with Ocean Drive, Stanton revealed his wish to have a family and a lovely wife:

"I definitely want a family. The future family, the future wife could be anywhere. You don’t necessarily go searching for it on all these match.coms and stuff, but she’ll come. I’m not worried about it." 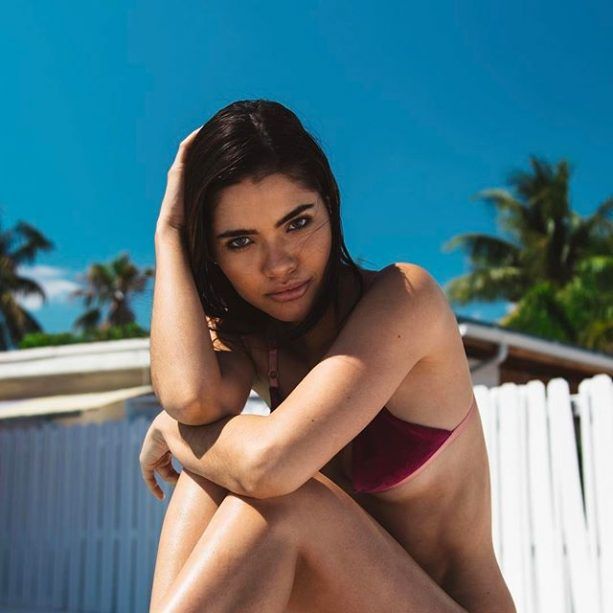 So, is Raquel the love of Giancarlo Stanton? Well, as far, Stanton has not confirmed his datings, neither he has denied his link with Raquel.

Past Affairs and Rumors of Giancarlo Stanton

Currently playing along with the Yankees' like Aroldis Chapman, Masahiro Tanaka, and Aaron Judge, Giancarlo Staton despite being famous is free from the record of past affairs. However, after sharing some photos together with the beautiful ladies, he got caught up in rumors.

In 2014, Giancarlo Stanton was rumored to be dating Portuguese model Sara Sampaio. The rumors began after he shared a photo with her captioned "Everyone go vote for my Amiga @sarasampaio to win @si_swimsuit rookie of the year! Gogogo."

Everyone go vote for my Amiga @sarasampaio to win @si_swimsuit rookie of the year! Gogogo http://swimsuit.si.com/swimsuit/2014-rookie-of-the-year/

However, the two were later revealed to be friends. But the rumor was not over for Giancarlo Stanton.

In August 2017, the rumors of the romance between Stanton and pop star Lexy Panterra went on a rampage on the internet after nearly naked Stanton starred in her music video. Check this out.

And like the previous one, the rumors got a dead shot after Lexy told the TMZ that they were not anything more than friends in September that year. She said:

"We have a great friendship. We’re going to keep it friendly."

Yeah, it's not a new thing for the celebrites to deal with the rumors. It's frankly the part of their daily life.