Professional footballer Inigo Martinez hails from Ondarroa, Spain, and prominently plays as a center-back for Athletic Bilbao and the Spain national team. Besides that, Martinez is also known for playing for Real Sociedad, where he spent many years making 238 appearances and scoring 17 goals. Being a professional footballer, Martinez has earned a decent amount of money and preserved an impressive net worth.

Inigo Martinez is a well-known Spanish football player who has been playing for Athletic Bilbao since 2018. He has been a part of numerous national and international events representing the Spani national football team. Furthermore, his playing skills are loved by many people, and he was once linked with former Spanish footballer Carles Puyol. And he previously played for Aurrera Ondarroa.

The Ondarroa, Biscay native's football career began after joining Real Sociedad's youth ranks from local CD Aurrerá Ondarroa. His senior debut came in the 2009-10 season when he helped the reserves upgrade from the 4th division after one year out by giving 23 games and one goal.

And his first-team debut came on August 27, 2011, and La Liga with the Basques when Martinez played against Sporting de Gijon. Likewise, Martinez scored his first league goal on October 2 in a match versus Athletic Bilbao, which was held in a derby. His new contract for up to five years with the team was signed on April 26, 2016. 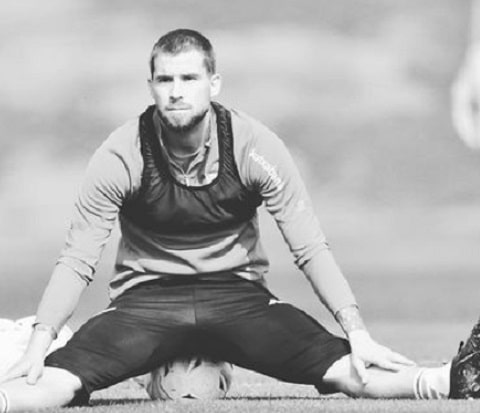 After that, he signed with Athletic Bilbao on January 30, 2018, and the contract lasted until 2023. And on February 4 of the same year, he made his debut playing in a match against Girona FC. And for Bilbao's team, Martinez scored his first goal against Betis, and the respective game was held on June 20, 2020.

As we know, Martinez is also a national player who made his debut for the Spain under-21 team in 2011. And in 2016, manager Luis Milla picked him for the team that participated in the 2012 Summer Olympics in London. He also played a match against Japan, but the Spanish team lost the game by 1-0.

And on August 14, 2013, Martinez made his first appearance with the full side coming in the second half of the match, replacing Sergio Ramos in a friendly game versus Ecuador. Martinez's team won the match by scoring two goals, while the away team didn't make a single goal.

Moreover, Martinez also participated in the UEFA Nations League and played in a match against the Czech Republic on June 5, 2022. In the respective game, Martinez scored a goal, ending with a draw of 2-2.

His Salary & Net Worth Revealed

The professional footballer Martinez makes a significant amount of money from his profession. At the time of this writing, he plays for Athletic Bilbao, and Salary Sport claims he earns £147,000 per week and £7,644,000 per year. Considering this fact, it can be said that his net worth is over a million dollars.

Some online portals have assumed that Martinez's net worth is around $1.2 million. All this revenue came from his professional career playing for multiple clubs and participating in various national and international games representing his nation. 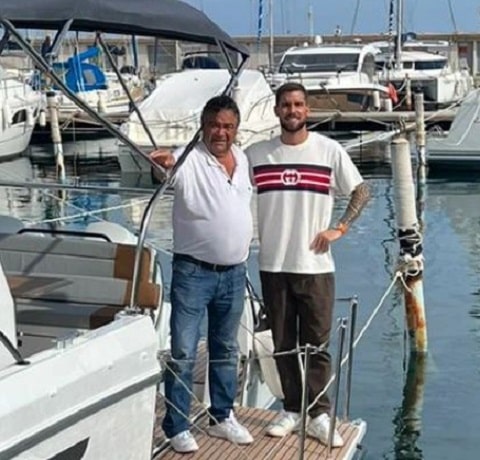 Inigo Martinez is having a good time with his Data
source: Instagram @inigomartinez

...For your information, Martinez previously played for Athletic Bilbao, with whom he first signed a contract worth €32 million. In the same way, he participated in numerous games and helped his team to win multiple titles. So, his performance has surely helped him gain some profit.

On the other hand, Martinez has a strong presence on Instagram, and he may make money from sponsorship and endorsement deals. The Influencer Marketing Hub calculates that he can earn $358.5 - $597.5 from a single sponsored post on IG at the time of this writing.

Inigo Martinez Berridi was born on May 17, 1991, in Ondarroa, Spain, making him age 31 as of 2022. Martinez was raised by his supportive parents and is sure that he credits his mom and dad for his success. .....But, due to his low-key nature, none of the media outlets have been able to collect the details regarding his family background. He holds Spanish nationality and peaks at an impressive height of 6 feet 0 inches.

Martinez Is Married To His Wife

Coming into his personal life, the professional center-back is a married man who is living a happy life with his beloved wife, Nere Grana. The lovely couple shares a strong bond and is supportive of each other. Not only that, but they have also gone to numerous places together and can be seen sharing multiple pictures on their social media handles.

It is unknown when the couple got married, but it can be said that they have been with each other for many years. And they are also blessed with two cute daughters. Martinez often posts pictures with his wife and kids on his Instagram, where we can find him as @inigomartinez. Inigo Martinez is married to his wife SOURCE: Instagram @inigomartinez

Apart from that, his wife is also an active user of Instagram, where she is registered under the username @neregrana. However, she has kept her account private, making it challenging to know about her ongoing lifestyle.

Some Facts About Inigo Martinez