Ines Bielsa is a famous Argentinian hockey player. Besides this, she is the daughter of Marcelo Bielsa, the head coach of Premier League team Leeds United and the former football manager of the Argentinian national team.

Ines Bielsa was born in 1989 in Argentina. She was born to Marcelo Bielsa and Laura Bracalenti and has a sibling sister named Mercedes Bielsa. Ines' father is a former player and played as a defender for different clubs like Newell's Old Boys, Instituto, and Argentino De Rosario.

Bielsa is not engaged in any kind of relationship till now. Besides this, she is more concerned about her career and improving her games.

Argentinian hockey player Bielsa started her career at a very early age. It is believed that she was by born interested in playing hockey. On the other hand, she began her career playing for Gimnasia Y Esgrima, a club of Rosario state. 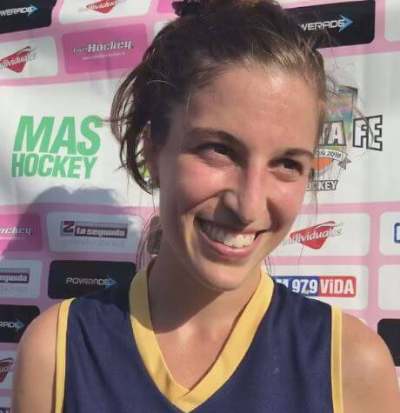 Similarly, she is very passionate about games and became captain of teams like Club Gymnastics and Fencing of Rosario. Her squad also won the Argentina NEA club championships and Copa  Santa Fe as well as she also became champion of the top 8, Literal Hockey Association tournament.

How much does Ines earn? (Father's Salary and Net worth)

Her father Marcelo used to earn £6 million in a year previously and recently signed a contract extension with the club that saw him increase his salary by £2 million. Besides, he is also involved in charity work. Marcelo donated around £2m ($2.5m) to his former club Newell's in order to fund the development of a players' center.

Once in his career, when Marcelo was in his home some 20 incensed gang appeared outside of Bielsa's home and demanded Marcelo to come outside. Marcelo was a crazy guy and he came outside with a grenade in his hand.  He said to them if they did not go then he would pull the pin.

So, after that, he was named EL LOCO and by that incident, he became more popular.