Illya Zabarnyi is a professional Ukrainian football player who plays from the football club Dynamo Kyiv and the Ukraine national team. Dynamo Kyiv plays in Ukraine's top league, the Ukrainian Premier League, and has never been relegated to the lower division. His primary position for his team is a defender (center-back).

Who is Illya Zabarnyi? Early life and physical measurement

Illya Borysovych Zabarnyi, better known as Illya Zabarnyi, was born on September 1, 2002, in Kyiv, Ukraine. Since his early childhood, he has been actively involved in playing football. Later, he made his professional career in football. Information regarding his parents is under the radar as of now. 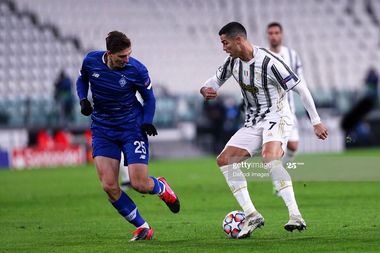 He is also yet to reveal how many siblings he has got. Zabarnyi is impressively tall, and he stands 6 feet and 2 inches and weighs 80 kg as of 2022. He has brown hair, and his eyes are also brown. According to astrologers, his sun sign is Virgo. His ethnic background is white.

Zabarnyi is a Kyiv native who attended the Dynamo Kyiv youth sporting school. Serhiy Bezhenar and Artem Yashkin were his initial coaches. He was promoted to the senior squad side in July 2019 after playing for FC Dynamo Reserves in the Ukrainian Premier League.

Zabarnyi made his Ukrainian Premier League debut for Dynamo Kyiv on September 11, 2020, in a 0-0 draw at home against FC Desna Chernihiv.

In September 2020, Zabarnyi was called up to the Ukraine U21 team and debuted in a match against Finland U21. On October 7, 2020, he made his national team debut against France.

Dynamo Kyiv's center-back Zabarnyi is a passionate and talented football player. Since starting his career, he has been with Dynamo as of 2022. Playing for this club, he has made a handsome amount of money. According to the transfer market, his current market value is 13.00M Euro; this is his highest ever market value as of December 20, 2021. 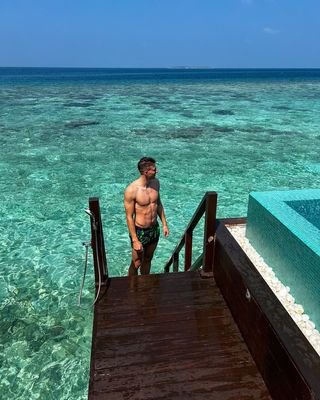 Is Illya dating someone?

Dynamo Kyiv's star defender is in love with Angelina. She is currently studying Philology at KNU. Philology is the study of historical development, its structure, and the relationship of languages. 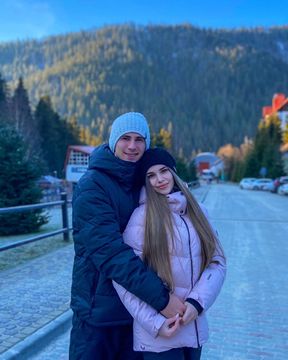 Illya and Angelina have been in love with each other for a long time and love spending their free time. They love to share their pictures with their fans. Angelina currently has 10.5k followers on her Instagram, while Illya has 27.4k followers.