<pIke Opara is a Soccer Player. He is an American defender who plays in the MLS with the Minnesota United. He began his MLS career with the San Jose Earthquakes in 2010. He spent two years with the team before joining Sporting Kansas City in 2013. He played college soccer at Wake Forest from 2007 to 2009.

He was born on February 21, 1989, in North Carolina. He attended Wake Forest University from 2007 to 2009 and played soccer for Wake Forest Demon Deacons and started his professional career with Earthquakes where he was a teammate of Landon Donovan.

Ike Opara Net worth and Salary

Opara has been playing in the MLS since 2010 and has already spent a decade in the league where he played for several clubs. Currently, he is signed to Minnesota United where he earns an annual base salary of $350,000 in 2020. His total earnings is $367,916 with guaranteed compensation.

The MSL defender also makes money from endorsement deals as he has penned a contract with Nike. Besides, he also involved in charity and is the ambassador of The Sanneh Foundation.

Ike Opara is already a married man. He is tied in a marital relationship with his girlfriend turned with Erin (Kautz) Opara. The couple walked down the aisle a year before on May 23, 2019.

Opara announced his marriage with Erin through Instagram post sharing a photo of them kissing and captioned: "5.23.2019 is the day that I became the luckiest man in the world. Love this woman to death #processcomplete. Don’t worry...celebration in 2020 and bachelor party ASAP (earn your place)." 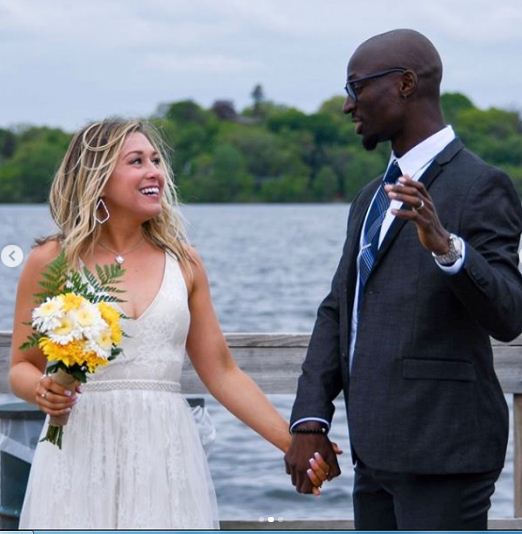 Ike and Erin's wedding ceremony was held privately in appearance of their close friends and family. dated for a couple of years before marriage and are reportedly together since their college days.

Ike has shared several photos of the couple on his Instagram. He also shared their photo of celebrating a 1-year anniversary on the same place they married. However, his wife's Instagram account is private.