Hubert Jude “Hubie” Brown, popularly known as Hubie Brown is a retired American basketball coach, who currently serves as a television analyst. Previously, Brown served as the head coach for the Atlanta Hawks, New York Knicks, and Memphis Grizzlies of the National Basketball Association (NBA). Brown recently signed a deal with ESPN and will work as an analyst on ESPN's 'NBA Sunday Showcase' on ABC.

The two time Coach of the Year, Hubie Brown has an estimated net worth of $5 million in 2020. He is married to his wife Claire and has 4 children with her.

Bown owns a five-bedroom house in the far reaches of suburban Dunwoody where he currently lives with his wife and 4 children.

Hubie Brown Personal Life & Affair; Who is he Married to?

Brown is married to his wife Claire but the details about their marriage are not available.

Brown has not stated the romantic parts of his personal life, how he met Claire, their first date, and the marriage celebration, are still unknown to his fans.

Brown has three daughters, Molly, Ginny, and Julie, and a son Brendan with his wife. His son, Brendan is a former NBA scout and assistant and works as a radio analyst for New York Knicks. He has four grandchildren. 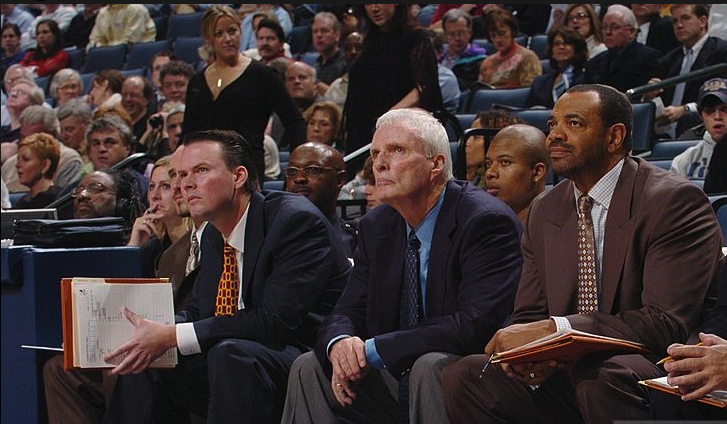 His son Brendan also worked as his assistant in Memphis Grizzlies.

Hubie Brown was born on 25 September 1933 in Hazleton, Pennsylvania. He is of American nationality and is of white ethnicity. Born with great talents and leadership ability, his zodiac sign is Libra.

Brown moved to Elizabeth, New Jersey at the age of three. He is the only child of his parents. He attended St. Mary of the Assumption High School where he graduated in 1951. While in high school, he was a gifted football player and turned even a bigger star in the game of basketball.

Upon graduation in 1951, Hubie played college basketball at Niagara University and received a degree in Education in 1951.

Brown started his assistant coaching career with the Milwaukee Bucks. After two NBA seasons, he got an opportunity to serves as the head coach for Kentucky Colonels. Brown then rejoined and named head coach of the Atlanta Hawks. He accomplished his first year in Atlanta in sixth place with a 31-51 record.

Due to his remarkable performance, Brown was named NBA Coach of the Year in 77 and CBS Coach of the Year in 78. Brown continued his coaching career with Knicks and led the team to consecutive playoff appearances between 1982-83 ’83-84. Moreover, he also ranks among the top five in Knicks coaches history.

In the 2002-03 season, Brown again appointed as the head coach of the Memphis Grizzlies, where he coached up to the 2004-05 season. Due to his poor health, he handed most of his tasks to his assistant and son, Brendan Brown. Brown later resigned after an incident between his son and the Grizzlies player Jason Williams.

His place was later filled by Mike Fratello.

Since 1982, Brown works as a sports analyst. After leaving the Knicks, he was appointed as the lead analyst for CBS Sports in 1988, where he worked for two years. Additionally, he served as a lead analyst for TNT network for 12 years.

Hubie Brown then joined ABC as the lead analyst and covered some regular-season and playoff games, including the 2005 NBA Finals and 2006 NBA Finals. He was later replaced by Jeff Van Gundy and Mark Jackson.

In October, Brown signed a contract extension with ESPN will continue to call NBA regular season and playoff games as well as serve as an analyst for ESPN’s NBA Sunday Showcase on ABC with play-by-play partner Mark Jones.