Howie Roseman is an executive vice president of the Philadelphia Eagles in the NFL. He also holds the position of general manager for Eagles and he was once the only NFL general manager below the age of 40.

Howie, who started working for the Eagles as an intern in 2000, played a major role in winning the 2017 Super Bowl LII. He was also awarded the Pro Football Writers Association Executive of the Year in 2017.

Started as an intern and eventually becoming one of the successful general managers of the NFL team, Roseman has come a long journey. Let's explore all about Philadelphia Eagles general manager.

Who is the vice president of the Philadelphia Eagles?

Howie Roseman was born on June 23, 1975, in Brooklyn, New York, United States, and his birth sign is Cancer. He grew up in a Jewish family in New York and later settled in Philadelphia, Pennsylvania.

Howie had an interest in football from an early age. Once he said when he was 9 years old, he told people that he wanted to be the general manager of the NFL team.

Net worth and Career Earnings of Howie

According to sources, Howie Roseman has an estimated net worth of $25.8 million. He accumulated most of his earning from being involved in different positions at the Philadelphia Eagles. The current general manager and executive vice president of the Philadelphia Eagles must be earning a handsome amount of money.

As per sources, when he was hired as an intern, he used to earn just $250 per week in 2000. He now makes above $1.7 million from working as an executive VP. He is estimated to earn more than $10 million in Eagles. 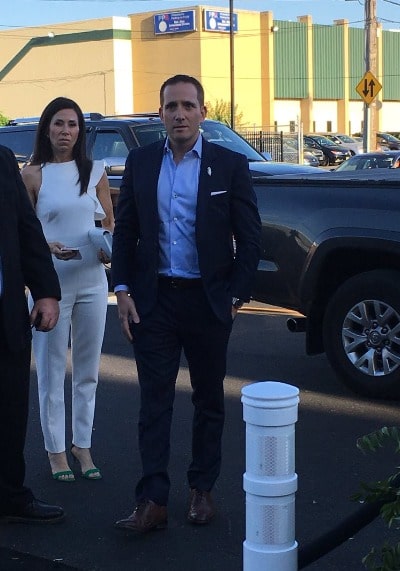 No doubt, after winning Super Bowl in 2017, his salary was increased and his job was more secured than ever.

The 2017 Pro Football Writers Association Executive of the Year has also made huge contributions to a charity called the Eagles Youth Partnership. Though there are no major sponsors and brands deals with him, he has earned better in Eagles and is currently living a lavish lifestyle with his family

Started from the bottom: How an intern became the executive VP at Eagles

The present Eagles general manager used to send letters to every NFL team while he was in his school and continue doing so in his college too. Finally, Philadelphia Eagles hired him as an intern in 2000. There he started working and was promoted to director of football administration in 2003.

After 3 years, the Eagles promoted him to vice president and finally, general manager on January 29, 2010.

Howie Roseman is currently living happily married with his wife Mindy Alyse Friedman. The couple got married on June 19, 2005. 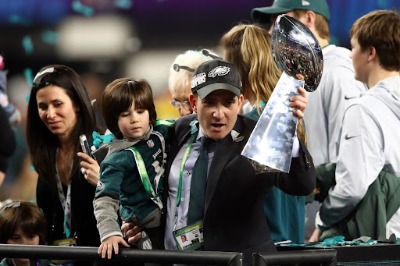 Roseman's wife Mindy Alyse is a graduate of New York University manages the investment banking analyst program at Lehman Brothers. Her parents are Susan M. Friedman and Jeffrey I. Friedman. Jeffrey is the chairman and president of AERC, a real estate company.

Howie and his sweetheart Mindy are blessed with four children and are presently living in Philadelphia.