Gossip How Much Julio Rodríguez Net Worth in 2022

How Much Julio Rodríguez Net Worth in 2022

Few can boast of having millions in their bank accounts in their early 20s. And even fewer can say they earned millions of dollars worth of assets; Julio Rodríguez, on the other hand, earned his wealth as a teenager. In 2017, Rodríguez signed a contract with Seattle Mariners for a whopping $1.75 million as a bonus. And since then, not only has his career improved, but his wealth has also increased along with his professional journey!

Standing at six feet and three inches, Julio is good at what he does, and what he does is Baseball. Despite his age, Rodríguez is doing well in his career as a pro-baseball player. In April of 2022, the Dominican player made his debut in Major League Baseball. And in May and June, Julio held the title of American League Rookie of the Month!

Julio Rodríguez, the baseball sensation, is a millionaire!

Everybody knows that an athlete in any sport makes a huge paycheque; Julio Rodríguez also earns a massive figure as an MLB athlete. And as of 2022, Rodríguez owns an estimated $5 million as his net worth. Aside from the $1.75 million bonus, the Seattle Mariners player earns a steady income through the said team. 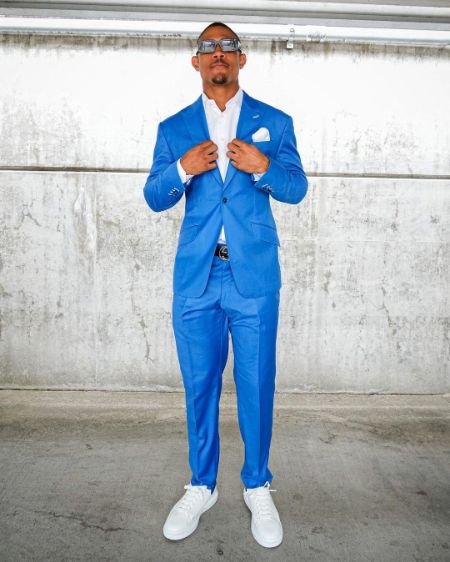 Julio's performance in 2022 not only lived up to the hype, as many of his fans say but also impressed Mariners enough to extend their contract with the player. And we're not talking about a couple of years here; Seattle Mariners want Rodríguez to play for them for 14 years.

And with the extension of Julio's contract, his pay increased to a mind-boggling amount. The Mariners will pay the young athlete $400 million during the fourteen-year contract! It means Rodríguez will earn around $28.5 million a year! And that's without any sponsorship deals that would eventually come to an athlete.

Brand sponsorships usually make up one/third of a player or athlete's income. However, not all brands pay the exact figure, as some brands fork up millions while some hand out thousands. For example, Alex Rodriguez from the New York Yankees earned $1 million from his endorsement deal with Nike.

J-Rod earned the American League Rookie of the Month consecutively in 2022!

Julio Rodríguez, or J-Rod, started his career in Major League Baseball on April 8th, 2022. And from there on out, Rodríguez was on a roll. And by June, Julio had played 29 matches with 22 runs, hitting .280/.361/.542, seven home runs, 16 RBI, and stole five bases! Rodríguez bagged Rookie of the Month in May and June continues.

Julio Rodríguez spends his hard-earned cash on his family!

Every child wants to provide for their parents once they are adults, and as a star baseball player, Julio Rodríguez gives his family financial support. Yes, the Dominican athlete shares his fortune with his family. 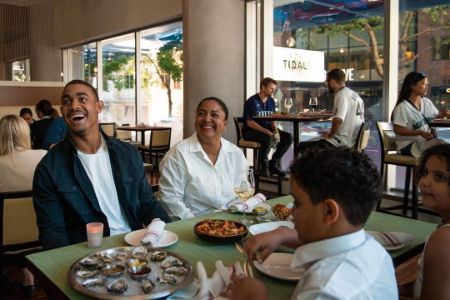 From August 2022 to September 25th, Julio and his family stayed at the Grand Hyatt Seattle. And partnering up with the hotel, the baseball star gave out four tickets to a baseball game, a signed jersey, and a future hotel stay!

Although Rodríguez likes to keep his family out of the spotlight, this was a rare occasion in which they made a public appearance. And by the looks of it, Julio isn't the only child of his parents.

Every man or woman dreams about a specific car, and Julio Rodríguez bought his first car in 2021. The MLB star owns a Mercedes Benz AMG. Likewise, the vehicle comes in various models and different price ranges. Julio Rodríguez took a picture as he sat on the hood of his car. SOURCE: [email protected]

The cheapest of the AMG model would cost around $45 grand. And the most expensive Mercedes Benz AMG would cost $325k MSRP. But Julio keeps the details about his ride out of his media, and the price of his whip remains a mystery.

Does Julio Rodríguez own a real estate property?

Currently, the Seattle Mariners baseball star, Julio Rodríguez, remains an enigma to the populace of the USA. Much about the young athlete stays hidden from his fans and admirers. And his ownership of any properties in the States remains hidden as well.

Although the Dominican Republican baseball star shares much about his career and work, he refrains from sharing anything personal. And as such, the house owned by Julio from the Mariners stays out of sight.