Herman Edwards Jr. is a very famous American football coach and formerly a National Football League player. He currently coaches at Arizona State University as a head coach and has been on the post since December 2017.

The resident of Tempe, Arizona, Herman Edwards Jr. reportedly earns a salary of around $3.5 million per year, and as of 2020, he reportedly has an estimated net worth of over $10 million. He is married to Lia and has three children with her.

Herm Edwards Jr. was born on April 27, 1954, in Fort Monmouth, New Jersey to Herman Edwards Sr. and Martha Edwards. He is an American by birth and belongs to the White ethnic group. Herm Edwards after graduating from Monterey high school joined San Diego State University and acquired his Bachelor’s degree.

Herm Edwards played nine seasons with the Philadelphia Eagles in the NFL from 1977 to 1985 and also made an appearance in Super Bowl XV until he was cut by head coach Buddy Ryan in 1986. After that, he played for a short period of time for the Los Angeles Rams and Atlanta Falcons in 1986, and in the same year, he announced his retirement.

He had not in the past held a coaching or coordinator position but still, he was hired as head coach of the New York Jets on January 28, 2001. While he was a head coach at New York Jets the Jets were able to get mild success in their first two seasons. His tenure with the Jets ended when he was traded to the Kansas City Chiefs in exchange for a player.

Herm Edwards team Kansas City Chiefs experienced highs and lows in the game by sometimes winning and sometimes losing. He was with the team for three years before he was fired on January 23, 2009. After he left Kansas City Chiefs, he was hired by ESPN for the network’s NFL Live show in 2009. 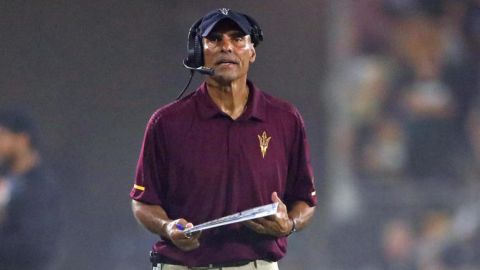 Edward was appointed the head coach of the Arizona State football team on December 3, 2017. He earned his first win on September 1, 2018, against UTSA. His team win against the 15th ranked Michigan State Spartans.

Herm Edwards Net Worth and Salary

The American head coach for Arizona State Football has an estimated net worth of $10 million. As of 2020, he earns an annual salary of $3.5 million from his profession. The Arizona Board of Regents recently renewed his contract recently in January 2020 and agreed to pay $3.5 million annually as his salary.

Herm lives in a beautiful and luxurious house in Kansas City.

Herm Edward is married to Lia Edwards since 2000. They are raising three kids, a son named Marcus and two daughters named Vivian Lee and Gabrielle and they are all happy in the family together. His son Marcus is from his previous relationship while the daughters are from his current wife. 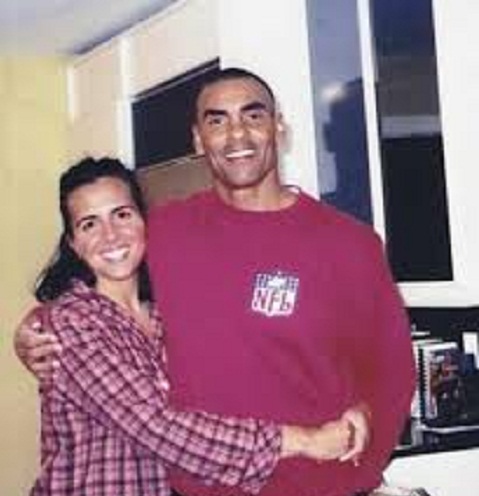 The couple first met on a plane in 1994 while he was an assistant coach for the Chiefs and she worked for the NCAA in sports management.

Herm Edward is also active in social media sites having 115k Twitter followers and lots of posts on Facebook. He is remembered for his “Miracle at the Meadowlands” an event when he recovered a fumble against Giants quarterback Joe Pisarcik.