Colombian-native Hayen Palacios is a young football player who plays for Atlético Nacional in Categoría Primera A. His prominent position is a forward, and he also plays as a striker or midfielder and defender. Furthermore, the skilled footballer has been a part of multiple clubs, and he has appeared in various games leading the team to win some matches too.

The young football player was also a part of the Colombian soccer team that prevailed gold at the XXIII Central American and Caribbean Game. As per a source, his overall rating in FIFA 22 is 62, with a potential of 69. Not to mention, Palacios prefers to shoot with his right foot. Moreover, Palacios is one of the most skilled players on his team, and his skills are also loved by many people.

Short Details On His Age and Early Life

Palacios was born as Hayen Santiago Palacios Sanchez in the year 1999, making his age 22 years as of mid-2022. Besides, Palacios lights his birthday candle on September 8 every year. The young football player is pretty close to his parents, but like many other athletes, he also keeps his mouth tight when it comes to the topic of his family life.

Due to this reason, not much is known about his family members and his father & mother. However, we can say that he has received huge support from his parents, and Palacios surely credits them for his success. Talking about his physical appearance, Palacios looks pretty tall in pictures, and at the time of this writing, he stands at the average height of 5 feet 11 inches.

Everything On Palacios' Football Career

The talented football player Palacios was interested in becoming a professional football from a young age just like another Colombian football player named Johan Mojica. Following his passion, he started working hard. Talking about his career at the club, he joined Atletico Nacional in the year 2018, and since then, he has been with the team helping them to give the best performances in the field. 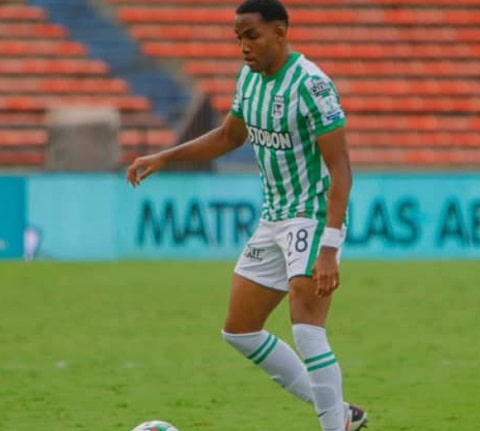 Hayen Palacios in one of his matches SOURCE: Twitter @ATLNACIONALCOL_

In the year 2021, he appeared across their 20 fixtures and has been mostly used off the bench on three events. His last Primera A appearance came on April 18, 2021, for Atlético Nacional in the match against Patriotas Boyaca. It was a match that he played only nine minutes in during a 7-1 win. In the respective season, he did not have any goal.

Apart from that, Palacios has also been a part of the national team. His professional debut came on April 1, 2018, after he played in a match against Boyacá Chicó at the La Independencia stadium. Palacios' games in the youth category tournament led him to be called to Colombia Under 21 National Team. Meanwhile, he was also crowned champion of the Central American and Caribbean Games. As mentioned earlier, Palacios was also a member of the Colombian soccer team that won gold at the XXIII Central American and Caribbean Games. He made headlines all over the internet in January 2019 when he was called up to play in the 2019 South American Under-20 Football Championship in Chile.

The Athletico national footballer, Palacios, makes a good sum of money, and he surely enjoys a quality life with his income. According to a source, the average pay for a football player in Colombia is $5742.54 per year and $2.76 per hour. So, Palacios may earn above the average wage as he has been playing football for a long time.

In the same way, his net worth might be pretty impressive, but due to the lack of information, Palacios' actual net worth remains under review. According to Transfermrkt, his market value is €150Th, and his market value was €350Th on January 16, 2021. 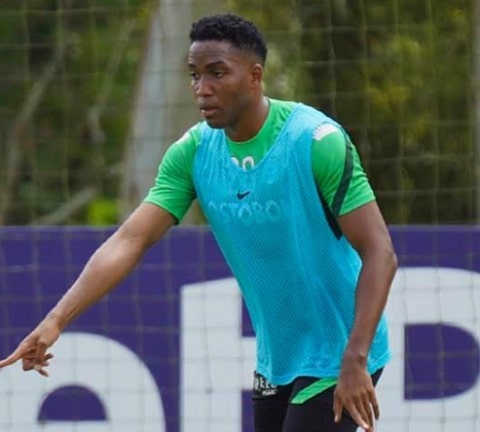 As we know, he has been with various teams from where Palacios might have earned a decent profit. No doubt, he will professionally play football for a long time, and his pay will also get increase in the future.

Who Is Hayen Palacios Wife or Girlfriend?

Coming into his personal life, Palacios appears to be in a relationship with his girlfriend. As he does not have much presence on social media, it is pretty challenging to know about his partner's name. However, there is a Facebook page registered under his name where some snaps have been shared with a girl who is certain to be his lover.

So, it is clear that Palacios is dating his girlfriend. However, he is highly aware of his privacy and does not talk much in the media regarding his personal life. Likewise, none of the media outlets have been able to collect his love life's data as Palacios never opens his mouth about it. 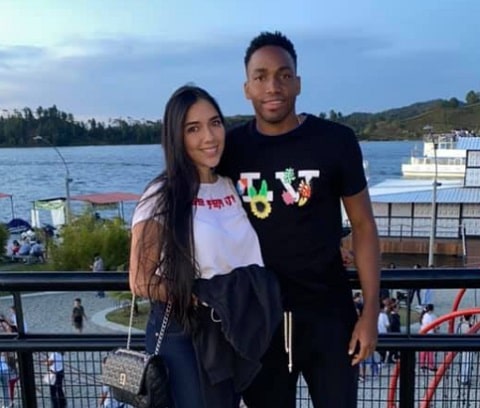 Moreover, we can say that Palacios is living a happy life with his girlfriend privately as he does not wants to get implicated in unwanted controversies. Furthermore, Palacios may give some hints about it in the future as his fans have been eager to know about it for a long time.

Some Points About Hayen Palacios