Gold Medalist at 2018 Olympic, Hannah Brandt, is currently signed to the Minnesota Whitecaps of NWHL as their ice hockey forward. She finished her collegiate career playing for the Minnesota Golden Gophers women's ice hockey team of the University of Minnesota.

The 2012 Minnesota Ms. Hockey Award, Brandt, was born on November 27, 1993, under the star sign Sagittarius. Vadnais Heights, Minnesota native, she holds an American nationality and belongs to the white ethnic background.

How Much Is Hannah Brandt Net Worth In 2010?

Signed as a free agent with the Minnesota Whitecaps of NWHL in 2018, Hannah Brandt earned $15,000 as a salary that season (2018-19). For the 2019-20 season, she is expected to make the same figure. Furthermore, the NWHL rooster also earns 15% of profits from any NWHL jersey sold with their name on it.

Besides, she also represents her national side, United States national women's ice hockey team. In 2017, the women's players were asking for a $68,000 annual salary as well as for benefits like child care, maternity leave, and the ability to compete in more games throughout the year. Eventually, USA Hockey ended up offering them a contract that included a base salary of approximately $70,000. In a sense, she is receiving $70,000 per annum from the national team. 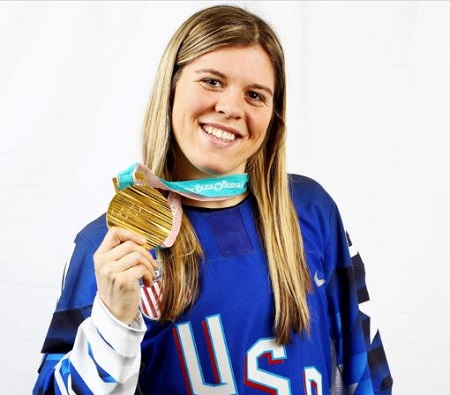 Additionally, she pocketed $37,000 at the 2018 Olympic, Pyeongchang, after winning a gold medal alongside Meghan Duggan and Alex Rigsby. As of 2020, Hannah Brandt's net worth is approximately $0.5 million.

The 2015 NWHL Draftee, Hannah Brandt has maintained her love life as secret as possible. There is no story to be displayed regarding her hook up or break up. 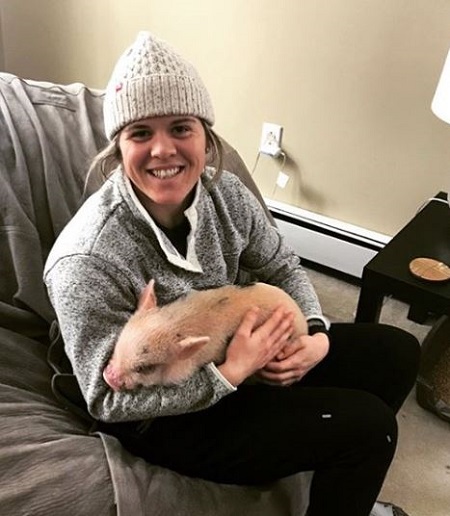 Currently, in her mid-twenties, the ice hockey player might have dated before or currently in a relationship but does not want any social attention to her personal life. Or else, she is possibly single and focused on her career.

Brandt was born to parents: Greg and Robin, who came from German and mixed Danish-Swedish descent, respectively. For the first 12 years of their marriage, the couple struggled with infertility and decided to adopt a child from South Korea.

About two weeks before Marissa was set to arrive in the U.S., the couple found out that Robin was pregnant; she gave birth to Hannah about six months after Marissa joined the family. 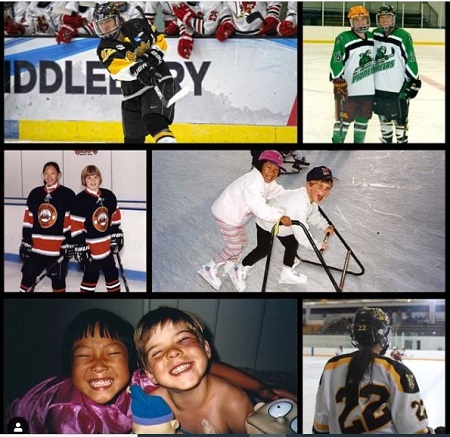 Initially, the sisters were involved in figure skating as small children, but Hannah switched to hockey at age 5, with Marissa the following suit a few years later. Subsequently, she played on the same teams until Marissa graduated from Hill-Murray School a year before Hannah.

For collegiate career, Marissa chose Gustavus Adolphus College of  NCAA Division III while Hannah played for Minnesota. What's more, both won gold medals at the 2017 IIHF Women's World Championships: Hannah for Team USA in the top division, whereas Marissa for her native nation, South Korea, in Division II under her birth name of Park Yoon-jung.