Hank Lebioda is an American professional golfer currently competing in the PGA Tour. At 23 years of age, he matched the record for the largest margin of victory in his first professional win - the 2017 Mackenzie Investments Open. 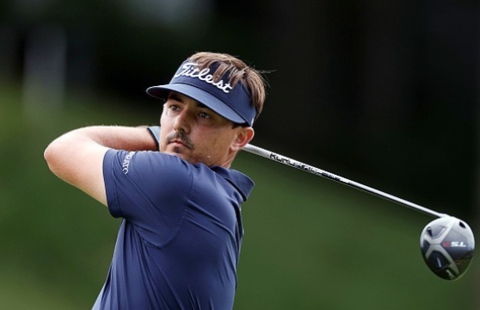 Having finished the top 10 on the 2017 PGA Tour Latinoamérica, Lebioda advanced to the finals of the Web.com Tour qualifying event. In the qualifying, he placed himself at the 30th position, which earned him his 2008 Web.com Tour Card.

In his rookie season, he managed to grab the 25th on the money list and consequently earning a promotion to the PGA Tour for the 2018-19 season.

How Much Hank Lebioda Earns From Golf? What Is His Net Worth?

Sources show Lebioda has pocketed close to half a million from the 17 events he has competed in the 2020-2021 PGA season. He's cashed in his biggest paycheck of 2020-21 PGA season ($119,457) by finishing 17th at the AT&T Byron Nelson. His breakthrough in terms of making cuts in payouts was at Rex Hospital Open in June 2018. 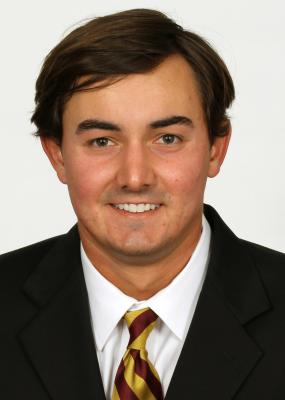 He made his then biggest career earnings of around $57k - after scoring the second position. The 2018-2019 season saw him grossing over $169k for making the cuts in a total of ten Korn Ferry events. In his PGA Tour debut season (2019-20), Lebioda made a combined sum of $400k plus few tens of thousands of dollars - competing in a total of 20 events.

Since turning pro in 2016, ESPN documents he has raked in around $1 million - exclusively from cuts money. Having said that, it can be estimated he has a net worth somewhere in the neighborhood of $1 million.

Hank is married to Mary Matechik Lebioda, a graduate from Florida State University with a bachelor's degree in Elementary Education (2015). After college, she taught second grade for several years. She is also involved with the Central Florida Chapter of the Crohn's and Colitis Foundation and serves on the Executive Council for yearly fundraisers. 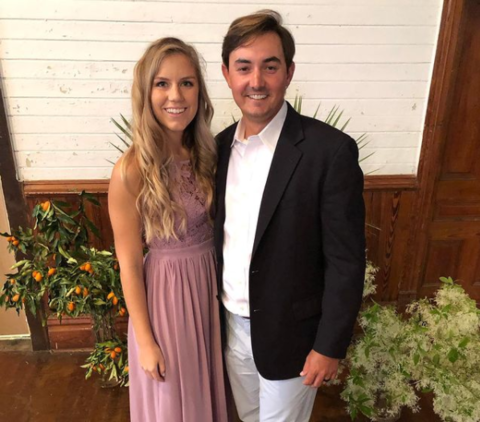 2021 Masters Tournament runner up, Will Zalatoris' Net Worth, Career, Relationship

On February 28, the Lebioda couple welcomed their first child, a son, Henry Joseph. The five-foot-eleven golfer proposed to his girlfriend on December 22, 2017, and a year later, the pair had their wedding on December 15, 2018, with a honeymoon in Castries, Saint Lucia. Lebioda and Mary developed their relationship into love in Tallahassee, Florida.

In February 2019, Lebioda said that he has been suffering from Crohn's disease since high school. He also recollected the time when he used to roll around in pain at 3 in the morning and had a complete obstruction in the gut. Due to the disease being lifelong, he is directed to avoid foods that are greasy, acidic, or have heavy cream sauces.