Hideki Matsuyama is a professional golfer who plays for the PGA Tour. He is notable for being the first-ever Japanese golfer to win a men's major golf championship, winning the 2021 Masters Tournament. Matsuyama has won 6 PGA Tour, 3 European Tour, and 8 Japan Golf Tour.

As of April 2021, the 29-year-old Japanese golfer has 15 worldwide wins, including eight career top 10 finishes in major championships and four Presidents Cup. At the end of 2017, Matsuyama earned his highest rank of fifth in the Official World Golf Rankings (men). He is also the winner of the Asian Amateur Championship (2010 and 2011).

The future two-time World Golf Championship winner was born in Matsuyama, Ehime, Japan. His father introduced him to golf at the age of four. He got his education from Tohoku Fukushi University in Sendai. He is the first Japanese amateur to compete in the Masters' Tournament.

In 2011, Matsuyama clinched the gold medal at the 2011 World University Games. Later that same year in October, he defended his title at the Asian Amateur Championship. The next month, Matsuyama won the Mitsui Sumitomo VISA Taiheiyo Masters on the Japan Golf Tour.

He became number one in the World Amateur Golf Ranking in August 2012. Matsuyama won his second professional tournament, the 2013 Tsuruya Open on the Japan Golf Tour. This was followed by three more Japan Golf Tour titles each at the Diamond Cup Golf, Fujisankel Classic, and Casio World Open.

In seven PGA Tour-sanctioned events, the Ehime-born golfer had six top 25 finishes, including a T 6 at the 2013 Open Championship. Matsuyama got his first PGA Tour to win at the 2014 Memorial Tournament. He finished 28th in the FedEx Cup standings from his first full season as a PGA tour member. 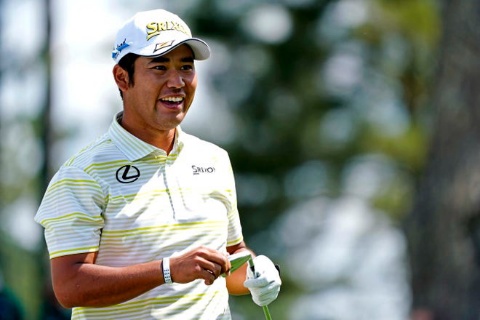 Matsuyama won his sixth Japan Golf Tour event in November of the 2014 season. He finished fifth at the 2015 Masters Tournament and 16th in the FedEx Cup standings.

In February 2016, Matsuyama won the Waste Management Phoenix Open. The win lifted him to 12th in the Official World Golf Ranking. In October 2016, he got his first country's national open and his seventh victory in Japan. During the end of that same month, he won Asia's Major held in Shanghai and rose to 6 in the World Golf Ranking. In November 2016, Matsuyama won his second Taiheiyo Masters which was followed by Hero World Challenge win a month after in the Bahamas. He was successful in retaining the Waste Management Phoenix Open 2017 against Webb Simpson. He climbed to no 2 in the World Ranking after finishing second in the 2017 US Open.

In 2017, Matsuyama won three Tour titles, his first World Golf Championship, and three-second place finishes in his first 15 events. The Japanese then bagged WGC-Bridgestone Invitational in August 2017. Matsuyama became the first Japanese player and the first Asian-born player to win the Masters Tournament on 11 April 2021. The champion finished with an overall score of 278(-10), one shot ahead of runner-up Will Zalatoris. 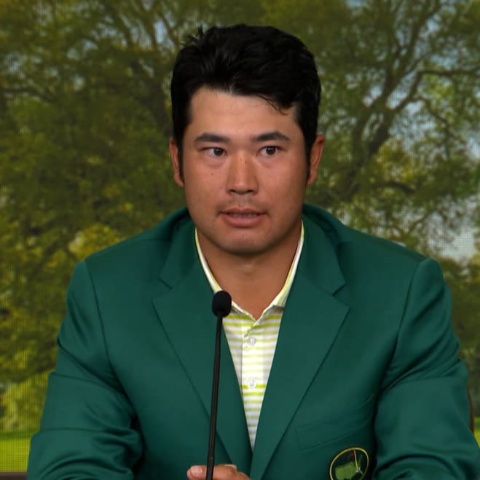 Matsuyama's Earnings from the 2021 PGA Tournament goes as:

Likewise, his earnings throughout the years have been reported as

Matsuyama has also had sponsorship deals with luxury vehicles, Lexus, Nomura Financial, and Oakley. Recent estimates of his lifetime earnings potential from sponsorships after his win at Augusta range between $600million to $1billion.

Matsuyama is married to Mei. The couple had a secret wedding in January 2017. Together, they share a daughter Kanna born in July of the same year. It wasn't until the 2021 Masters Tournament win, where Matsuyama announced his relationship with Mei. Hideki Matsuyama reveals his relationship with his wife Mei at the 2021 Masters Tournament  SOURCE: News AU

It's been suspected that Mei once was Hideki's caddie. Matsuyama did reveal he had a wife back in 2017 just after his daughter's birth, but the recent green jacket winner didn't disclose who she was.

Matsuyama said no one had asked him if he was married and so he thought he didn't have to answer the question. The 29-year old says he kept his life secret in part to Japanese media's rabid scrutiny.