The Saudi Arabia international Haitham Asiri is a well-known professional associational soccer player serving the Jeddah-based football club Al Ahli as a winger. At the same time, he is also a national player of the Saudi Arabia national football team. Asiri made his first appearance for his nation in 2018 as a youth international at the U-20 level.

The 21-year-old rising footballer is a face to the soccer world. So far, he just started his professional career in 2020, joining the AL Ahli. For Ahli, he wears jersey number 17. The young man is known for his pace, impressive skill, and high finishing quality, which might be the future star of the Saudi Arabia squad.

Yes, he is playing his first world cup. Despite his ealry age, he has successfully made his spot in th national squad, leaving another senior player behind, which is an outstanding achievement. Along with his teammates Firas Al-Buraikan and Saleh Al Shehri, they all serve the team's role as attackers. Before appearing, he represented Saudi Arabia in several internal competitions as a youth player. 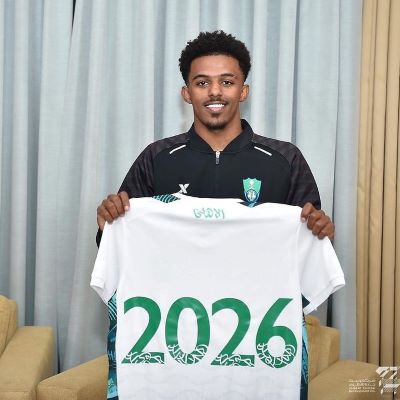 For his national team, he has made his appearances in a total of ten matches, including one world cup game that he played against Argentina on November 23, 2022.

It has been around two years since the 5 ft 8 inches tall winger Haitham Asiri set his football in this sector. So, he doesn't seem to make more money so far. Having such god-gifted talent, he has booked his place in his club and the national squad. So, if he continues like this, there is no doubt he will be a millionaire. As there is no exact data on his net worth, however, as contended by online sites, his notified net worth is valued at around $1 Million.

As an Al Ahli winger, Haitham earns a weekly salary of £9,200, which equals £4,78,000 yearly. To your knowledge, he ranks in the 25th spot after his teammate Nooh Al-Mousa in terms of paychecks. Moreover, his current market valuation per the Trafermarket is €400K.

Does He Have a Girlfriend?

When asked about his dating life, the Saudi Arabian international chooses to stay silent. He is an individual who likes to keep his private matter to himself. As a result, most people are unaware of his dating life. It is also the most asked query by his fans. Today, there is no sign of his records or rumours with any girl or companion, so the winger is believed to be single. As he is in the early phase of his career, he has focused on its growth and better establishment in the football world.

On March 25, 2001, the Al-Ahli essential player was born with the family name Haitham bin Mohammed bin Ali bin Abu bin Hawi Asiri in Riyadh, Saudi Arabia. Currently. he is just 21 years old. He measures height at 5 ft 8 inches or 1.73m and weighs over 65kg. The right-footed player is Muslim by religion. As a child he spent most of his childhood in Riyadh.

Asiri is born to Saudi Arabian parents. His father's name is Mohammed Ali Asiri, while his mother remains unknown. Likewise, he remained silent if he had any siblings by his side.