An Argentine soccer player Gustavo Bou currently plays in the Major League Soccer for the New England Revolution as a forward. He started playing soccer with the youth team of River Plate and made his professional debut with the senior team in 2008.

Gustavo Bou Salary and Net worth

The Argentine forward is one of the highest-paid players of the New England Revolution team along with Carles Gil. He currently earns $2,100,000 as a base salary in 2020 and his total earnings after guaranteed compensation is the same as base salary while Gil makes $2,337,500.

Bou is the second highest-earning player of the team behind Gil after guaranteed compensation. His net worth as of 2020 is expected to be about $5 million.

The Argentine forward has shared very limited information about his family and personal life. Stalking on his Instagram we came to know that he has married and also has a daughter. while the information about his wife is not yet disclosed, Bou has posted a photo of his wife on social media in 2017 and captioned: "Every day's inspiration ~ The family." 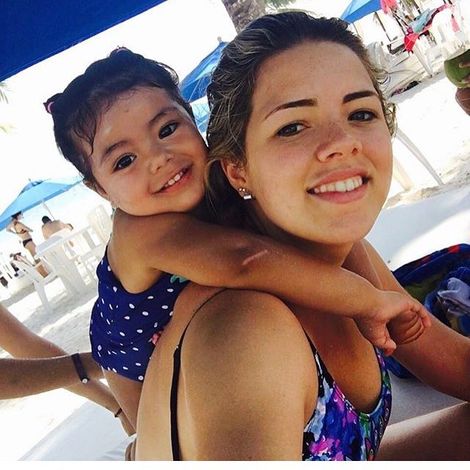 Bou and his wife could probably be married for less than a decade. He also has a daughter named Martina who might be around 7 years old. Besides this, he hasn't shared anything about his wife and family.

Gustavo Bou began playing on Club Comunicaciones Concordia's youth ranks. He started out for the River Plate at the age of 14, then joined the backup team. He was later offered a place in the senior team by then-coach Diego Simeone. He was loaned to Olimpo, LDU Quito, and Gimnasia de La Plata in 2012, 2013, and 2014.

Bou then signed with Racing Club in 2014 and played for the team until 2017. He moved Tijuana in 2017 but played the 2018 season for Racing. Thereafter, he joined the New England Revolution in 2019 and is currently signed with the team.