The Spanish footballer Carles Gil is currently signed to the Major League Soccer club New England Revolution as their attacking midfielder. Earlier, he played in the Spanish La Liga for about a decade before moving to MLS in 2019.

So, how much does Carles Gil earn playing for the MLS team? Is she Married? Who is he Dating? Read the article to get all the answers.

A native of Valencia, Carles Gil is still not married but he is in a relationship with his girlfriend named Maria Quintela who is in Spain. The couple reportedly started dating each other in 2018 while Gil played for La Coruna. They might have met through Maria's brother Oscar who plays from La Coruna. Carles and Oscar played together while Carles was in Spain. 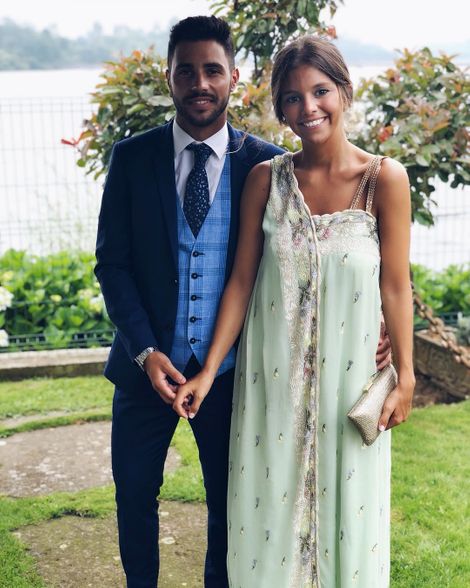 Carles has shared several photos of them on his Instagram and Maria has also shared happy moments with Carles on her social media.

How much does Carles Gil Earn?

Carles was born as Carles Gil de Pareja Vicent on 22 November 1992, in Valencia, Spain. He is 27 years old as of July 2020. He started playing soccer at the age of 6 with the youth team of Valencia in 1998. He trained with the youth team for 11 years before turning professional in 2009.

The MLS player started his professional career with Valencia B in 2009. He was then promoted to the senior team in 2012 after three years. He stayed with the club for three years but made only 8 appearances while he also played for Elche on a loan for two years.

Gil joined Aston Villa in 2015 where he played for three years and made 28 appearances. Hew also has loaned to Deportivo La Coruña for two years from 2016-2018. He permanently signed with La Coruña in 2018 and played for a season. In 2019, he joined New England Revolution where he has appeared in 35 matches and scored 10 goals.