Uruguayan professional footballer Guillermo de Amores plays as a goalkeeper for the Argentine Primera Division club Lanus. He has been representing the team since July 19, 2022, and the contract with the team is until 2026.

Apart from being a club player, Amores is also a national footballer who plays for the national Cameroon football team. Furthermore, Amores is one of the most prominent players on his team, and his performances have also helped him win some titles. In 2013 Amores won FIFA U-20 World Cup Golden Glove.

Guillermo De Amores Is the Father of a Child

Amores is said to be a married man as he often posts images with his partner on his Instagram account. The name of his partner is Cathe de Los Santos, and she appears to be his wife. Amores has shared numerous images of Cathe on social media, but the footballer has not given any info regarding his marriage. 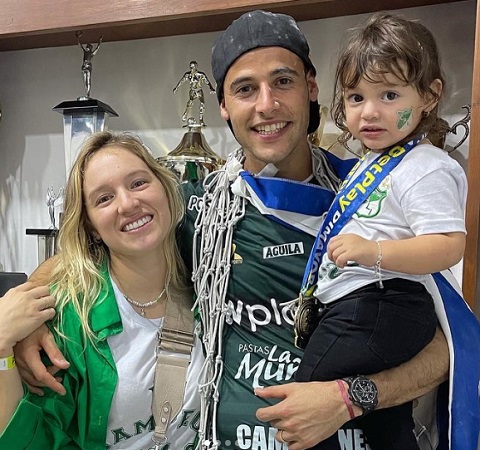 Despite that, we can say that Amores and Cathe have been supporting each other for a long time, and their romantic bond is still getting stronger. Meanwhile, Cathe is also an active Instagram user whose username is @cathedelossantos_.

Apart from that, the pair have already become parents. On September 28, 2019, Amores shared a photo with his partner and their newly born baby named Indiana. The family of three lives happily, and we can see their images on social media.

Career Earnings: How Much Is Amores Salary & Net Worth?

Amores plays for Lanus, but his deal with the team has not been revealed yet. So, the details regarding his salary remain under investigation. As we know, he has played for other clubs in the past. So, being a part of those teams, Amores may have pocketed decent cash. Guillermo de Amores with his partner on a vacation  SOURCE: Instagram @guilledeamores

According to Transfermrkt, Amores' market value is €800k, but it is not the highest amount. His highest market value was €1.00m on February 20, 2014. Meanwhile, his net worth may be around $1 million, and it will surely increase in the future.

No doubt, the professional footballer lives a lavish life with his high income.

Amores began his professional football career after joining Liverpool Montevideo. On December 4, 2011, Amores made his professional debut while playing against Nacional. After making 92 game appearances for the team, he later moved to Boston River but didn't play in a single game. 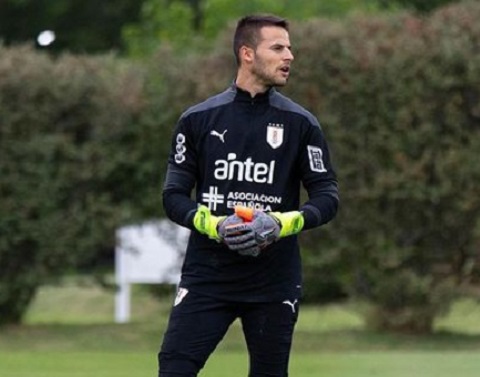 In 2020, he played for Fenix in 20 games. After that, he appeared in 45 matches for the Deportivo Cali team. And July 19, 2022, Amores moved to the Argentine Primera Division club Lanus. Regarding his career at the national team, Amores has played for the youth teams.

He was also called for the senior team to play matches versus Paraguay and Venezuela.

Coming into his physical appearance, Amores is a tall guy whose height measurement is 6 feet 1 inch (1.86 m).