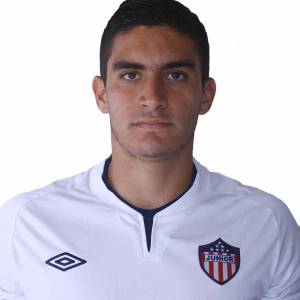 Guillermo Celis is a Colombian football player who has been playing as a midfielder in Superliga Argentina league for Colón de Santa Fe on loan from Vitória Guimarães. Celis who started his career with Barranquilla in 2011 and also played for Benfica.

Guillermo ceils is not only famous on the ground, but he is also a famous personality and has a huge fan following. Further, Celis has been living a lavish lifestyle with his huge net worth that is around $3.34 million. Well, let's discuss his bio and wiki.

Is Guillermo Celis Married? Know About His Wife and Children

Guillermo Celis is in a marital relationship with his longtime girlfriend Karina Celis Gomez. The duo was blessed with their first daughter Maria Celis on 2015 May 29. 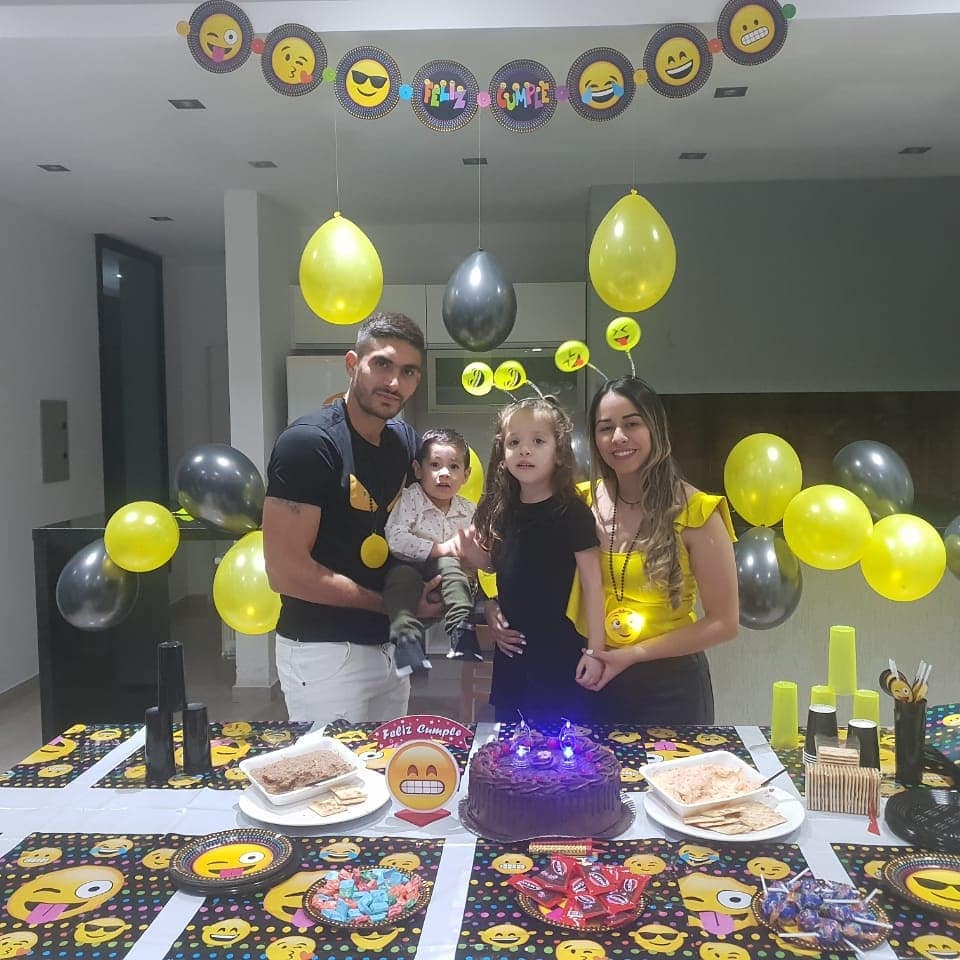 The player's family increased to 4 when his beautiful wife gave birth to his second son whose name and other details is yet to revel. Celis and his wife have been enjoying since the past several years and their chemistry seems to be great.

Similar article: How much is an American football Player, Rodney Harrison's Net Worth and Salary? Details on His Career

Further, there are no rumors or controversy regarding Guillermo. Moreover, there is no past relationship record of this 5 feet 10 inches tall player.

The player is quite active on Instagram and shares his day to day life and lovely family pictures with his fans and followers.

Guillermo Celis Net worth in 2019; How much is his Salary?

Guillermo Celis has a huge net worth of almost $3.34 million. Celis is a professional football player who plays for  Colón de Santa Fe. Currently, the player is on loan for the club Colon. On average, Celis earns about $5,000 to $10,000 per match.

In the summer of 2016, Guillermo signed for Benfica in the Portuguese Primeira Liga for nearly $2.3 million.

Guillermo Celis was born on 8 May 1993 in Sincelejo, Colombia. He was born as Guillermo León Celis Montiel to his family. This 26 years old player has not revealed details regarding his father and mother. Celis was interested in football since his childhood.

Guillermo Celis was interested in football since his childhood. He made his first debut in 2011 for Barranquilla and he started his career from the same club. He signed for Junior in 2012 on a long-term deal in a move which saw him move to the top division of Colombian football.

The 2013 Primera A season turned out to be the breakthrough season for Celis. He made 20 appearances for his club and also helped his nation finish runners-up in the World Youth Festival. After making a regular appearance in Colombia U23 side, he also made a debut in 2018 FIFA World Cup qualifier in 2016 where Colombia defeated Bolivia by 3-2.

Similar article: Is the Lionel Messi Highest Paid Football Player? His Net Worth, Properties, and Endorsements

Along in the 2014 season, Celis made 28 appearances and helped his team reached the final of Apertura. Later, in 2012, Celis signed for Junior in the Primera A division and again was loaned back to Barranquilla in 2013. Finally, Celis signed for Vitoria on a permanent basis in the summer of 2017.