Gregory Carlton Anthony is a former basketball player who currently works as a TV analyst for NBA TV and Turner Sports. Anthony started his professional basketball career in 1991 with New York Knicks after being picked 12th overall in the 1991 NBA draft and played eleven seasons in the National Basketball Association (NBA ). Anthony is the three times All-Big West performer and 3rd Team All America his senior season. Anthony ended his professional career in 2002.

He was born on November 15, 1967. in Las Vegas, Nevada, United States. He completed school through Rancho High School in North Las Vegas, Nevada.  Anthony hand out to Yahoo! Sports as a college Basketball reporter and served as a co-host reporter on SiriusXM NBA radio. He was interested to get into politics. Furthermore, he wanted to become Nevada's first black Senator.

Greg Anthony Net worth 2022; How much does he Earn?

Gregory  Anthony's source of earnings currently is his career in journalism. He earns a weighty salary from CBS and Turner sports where he works as a studio analyst. As per some reports, the NBA TV analyst earns about $1.7 million annually.

Greg's annual salary at the end of his career as a player was $1,500,000 in 2002. He then got into a broadcasting job where he has been earning millions.

He owns a house in Freehold, New Jersey (NJ), the US which is rumored to be worth millions.

Gregory Carlton Anthony is currently in a marital relationship with his second wife Chere Lucas Anthony, a dermatologist. The couple is the parents of two children including a daughter born in March of 2014.

Chere Lucas Anthony is a dermatologist who works at a practice in Boca Raton, Florida. According to her practice website, she provides facilities like cosmetic procedures, dermatologic surgery, and pediatric and adult dermatology. 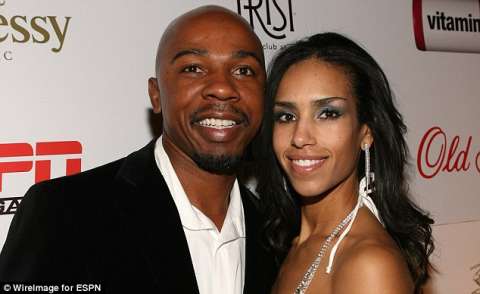 Previously, he was married to Crystal McCrary Anthony and after some decades they got divorced due to a lack of interest or concern.

Anthony's first wife Crystal McCrary Anthony is a lawyer and novelist. She completed her degree in 1995 from the New York University School of Law. She has also co-authored a Racy Novel With Patrick Ewing’s wife. 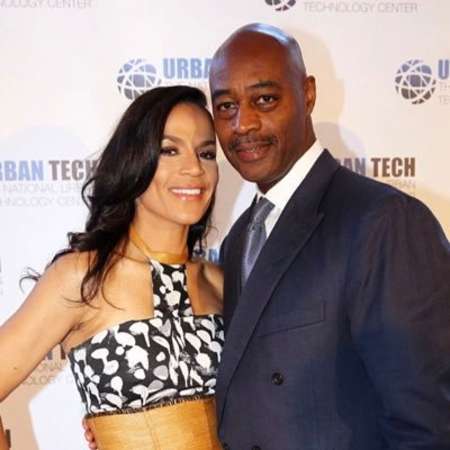 Anthony and his former wife Crystal share two children, a daughter named Ella (born in 2002), and a son Cole (born on 20 May 2000). His son, Cole Anthony is also a professional basketball player.

Gregory Carlton Anthony was arrested and charged with misdemeanor soliciting a prostitute in Washington D.C on January 16, 2015. After being arrested, Gregory Carlton was suspended by CBS and Turner Sports. Anthony released a statement that read:

" I made a mistake with this lapse of judgment, I embarrassed many including myself. I will work to regain the trust that I have lost, and the first step is saying that I am sorry".

On February 11, Anthony reached a adjourned prosecution agreement in which the charge would be let fall provided he completed 32 hours of community service and should be stayed out of bothering for four months. In March 2016, he came back to CBS Sports and Turner sport as a studio analyst for March Madness.

Anthony was selected by the New York Knicks in the first round of the 1991 NBA Draft, with the fame of being a poor outside shooter but a perfect defender. When he was selected by Vancouver Grizzlies, due to his extraordinary defense he gained highly paid contracts, which was the main source of his net worth. He stayed at Grizzlies until 1997.

Anthony retired in 2004 before his retirement he played with Chicago Bull and Milwaukee Bucks. Gregory ended his professional career with 5,497 points 2,997 assist 887 steals in sum up 900 games.