Goran Causic was born on May 5, 1992, in Belgrade, FR, Yugoslavia. He did not come from a reputed family and has not shared much about his parents' early life. Causic did not continue his formal education after completing his primary level. Regarding his physical appearance, Goran stands five feet and ten inches tall and weighs 75 kg.

Goran Causic has an estimated net worth of more than $1 Million. The Serbian football player has been active for more than twelve years and must make a handsome salary. Goran is pretty private about his economic career and earnings. 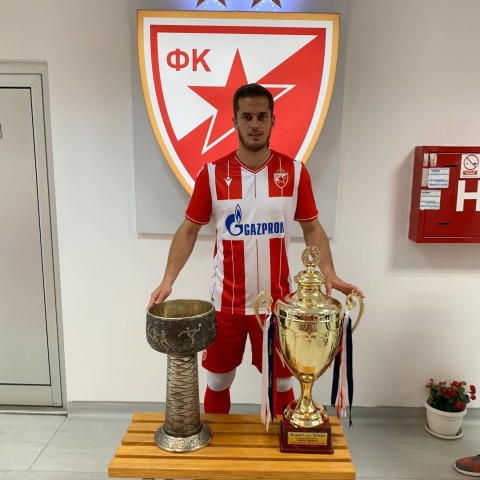 Causic is among the oldest player currently playing with the club. A football player makes a handsome amount from their sponsorship and advertising deals.

Who is Goran Causic's Dating? Know About His Relationship Status and Girlfriend

Goran is an active social media user. He keeps sharing his photos on his social media timelines. Following his Instagram posts, we can be sure that The Serbian football player is involved in a romantic relationship with his longtime girlfriend. However, He has not shared a word about his girlfriend. 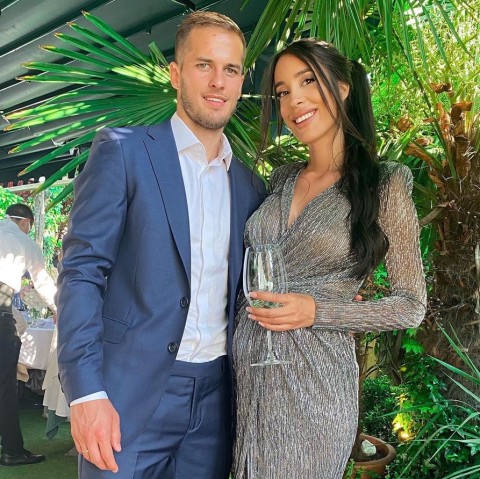 Goran shares a photo with his girlfriend SOURCE: [email protected]_20

Goran seems to have been engaged to his fiance in June 2021. They posted a photo of a small function, but the exact information is under the radar. The player must be waiting for the right time to open up about his girlfriend in public.

Goran started training with Red Star Belgrade in the early days. He represented the club in numerous divisions matches and earned his senior team call in 2009 but moved to Sopot for a loan season and made his professional debut. The player struggled in his early days and played with Sopot for three seasons. In early 2011, Causic moved to Rad and played with the club for a season.

In December 2012, Turkish Football club, Eskisehirspor signed him on a four-and-a-half-year deal for an undisclosed fee. The player appeared in sixty-three games for the club and scored three goals. He was loaned to Manisaspor for a season in 2014. In mid-2016, Causic moved to Spain and joined Osasuna for a two-season contract. In July 2017, Goran moved to Russia and joined FC Arsenal Tula on a two-year contract.

Causic had a good season with Tula, but he moved to Red Star Belgrade in his home country before his contract ended. He appeared in twenty-one games in the season with Belgrade and then again moved back to Russia and joined Tula. The player signed a long-term contract.

Goran represented the Serbian U19 and U21 teams. He made his international debut in 2010 with the Serbia U19 team and appeared in ten games. In 2012, Causic played for the U21 team. However, he has not got a chance to play for the senior team.