Goodman Mosele is a professional football player from South Africa who currently plays in the African top league, Premier Soccer League. He plays in the midfielder position for Orlando Pirates where he joined in 2021.

Mosele wears the Number 20 Jersey for his club. In the 2019-20 season, he was named the PSL Young Player of the Year award. During that time he used to play for Baroka.

Who is Goodman?  Where is his family from?

Goodman Mosele, famously known as Mosele was born on November 18, 1999, in Khuma, South Africa. According to astrology, his birth sign is Sagittarius.

He was born to his father William while his mother's name is under the radar. He has never talked about her on social media. According to him, his family is originally from Eastern Caper who later migrated to North West for better opportunities. 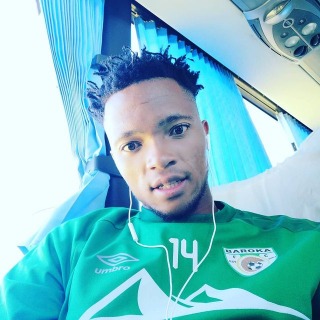 He has 4 other siblings and he is the youngest of them. As per him, he is the only one that earns money for the family. He said,

"At home I am the only one who’s working. I am the breadwinner. They are all relying on me and that always motivates me to push hard and work hard."

He has already started to look after his family despite being the youngest in his family.

Read: Who is Yousef and who are his parents?

HE joined his current club Orlando Pirates in 2021.

What is the height and weight of Goodman?

His weight is around 72 kg and has no hair.

Goodman M's Net worth and Earnings

He is one of the top youth talents of South Africa who has already started playing at the top level. And has been successful in earning a huge amount from his profession of playing football. Goodman Mosele in front of a house SOURCE: [email protected]

The net worth of Goodman Mosele is estimated to be $200,000 approximately. He earns about $40,000 per year with his current club.

According to transfermarkt, his market value is 650,000 pounds.

You may explore: Themba Zwane

Who is Goodman dating in 2022? Relationship Status

Orlando Pirates' promising midfielder, Goodman Mosele is just 22 years old and is much more focused on his career rather than spending time with girls. He is never seen with any girls in the public. 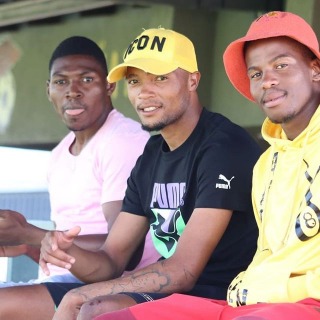 So, Mosele is single and not dating anyone in 2022. Also, he is not previously married or engaged too.

Read: Who is the girlfriend of Abdallah Al-Fakkhouri?

M Goodman is an active social media user who has an Insta Id with the username @goodmanmosele.