Gideon Mensah is a native of Accra, Ghana, who is known for being a professional footballer associated with the French Ligue 1 club Auxerre. At the national level, Mensah plays for the Ghana national team.

Since 2015, Mensah has played football professionally and is still active in this fantastic sport. Moreover, Mensah has gained broad experience as he has already played for multiple clubs. Before coming to Auxerre, he was a part of the Bordeaux team.

The professional footballer has been playing football for over five years. His professional career started when Mensah joined WAFA in 2015. Just after playing in 8 games, he moved to play with Liefering. Playing with them in the 2016-17 season, Mensah made 47 game appearances. Furthermore, Mensah was also signed with Red Bull Salzburg but didn't appear in a single game. Besides that, Mensah has also played for the national team, and he made his debut in 2019 when playing against South Africa in the 2021 AFCON qualifier.

Mensah makes a reasonable sum of money from being a professional footballer. Since August 2022, Mensah has been playing for French Ligue 1 club Auxerre, and while joining the team, he received a fair deal. Salary Sport report that Mensah's weekly salary is £6,200 and £322,400 per year. His market value is €2 million.

Being a national player like Daneil Amartey and Joseph Aidoo, Mensah earns a decent profit. Mensah also makes something from brand collaboration, and he may have worked with some sports brands. Furthermore, Mensah may have a considerable net worth of around $1 million. At the moment, his actual net worth remains under review.

Love Life: Does Mensah Have A Girlfriend?

The young footballer Mensah is currently single and does not have a girlfriend or a partner. Mensah is highly focused on his football career and is also doing well in his professional life.

With that, Mensah has never talked about his personal life openly, due to which we are unknown whether he had affairs in the past or not. As Mensah has not shared much info about his love life, we can say he does not have a partner.

Since 2020, Mensah has been using Instagram actively, but he has never made a single post of his girlfriend. From this, it becomes clear that Mensah is a private guy who maintains a distance from the media.

As said earlier, Mensah has been using Instagram since 2020, and we can follow him on the respective platform as @gideonmensah14. 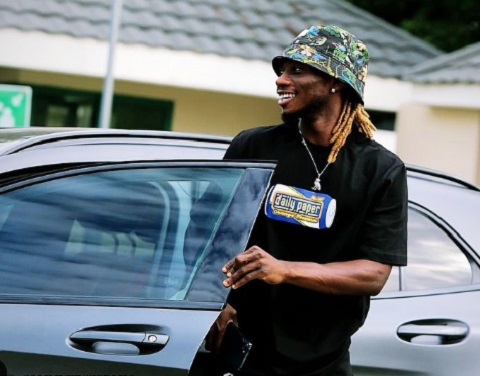 From his IG account, Mensah has posted snaps of his football games and other events too. His posts show that Mensah also lives a lavish life.

Who Are Gideon Mensah's Parents?

Gideon Mensah was born to his parents on July 18, 1998. He is a native of Accra, Ghana. So, Mensah holds Ghanian nationality. Furthermore, Mensah comes from a superior family, but his parents' names are missing from the public domain.

Some report shows Mensah also grew up along with his brother, whose name is also unknown.