Geraldine Heaney is an Irish-Canadian ice hockey player turned coach. During her playing stint, she spent 18 seasons with the Toronto Aeros organization playing over 1,000 games with six Ontario provincial championships. Named (OWHA) most valuable defenceman on three occasions, her jersey No. 91 was retired in 2006 by Aeros.

Born on October 1, 1967, in Lurgan, Northern Ireland, Geraldine Heaney chose Canada to represent internationally. She played for the Canadian national team in the first seven Women's World Championships, winning the gold each time. The two-time Olympian became the coach of the University of Waterloo Warriors following her retirement as a player.

How Much Is Geraldine Heaney Net Worth?

Thirteen years (1990–2003) as a professional hockey player has helped Heaney to earn an enormous sum of money. She has won a gold medal at the 2002 Olympic game and silver at the 1998 Olympic game.

Players such as Hayley Wickenheiser and Cherie Piper also won gold medals in the 2002 Olympics. 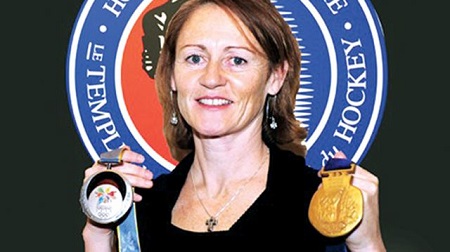 As of now, the Canadian Olympic Committee rewards gold medal winners with a $20,000 cash prize, while silver medalists receive $15,000.

After retirement, she served six seasons as coach of the University of Waterloo Warriors women's hockey team and now for amateur ice hockey, Minor ice hockey. According to the source, Women's Ice Hockey Coach makes  $41,038 per annum. As of 2020, her net worth is around $0.2 million.

Heaney is married to her beau, John. The couple shares two children: a daughter, Shannon, born in 2005, and a son, Patrick, born in 2009. In 2013, she coached the novice team where her daughter played.

Further, Shannon also played for the Ancaster Avalanche Atom A team, which won Ontario Minor Hockey Association gold in 2015. On the other hand, Patrick is learning the game through skills sessions.

Geraldine was born as one of five children to parents: Mike and Kathleen Heaney in Northern Ireland. When she was about nine-month, the family emigrated to Canada.

At the time of their immigration, the family knew nothing about Canada’s national pastime. Geraldine said, “My parents didn’t know what hockey was,” said Heaney. “We were told that in Canada everybody watches Hockey Night in Canada on Saturday nights, but my mother had never seen a hockey game, nor did she understand the rules.” 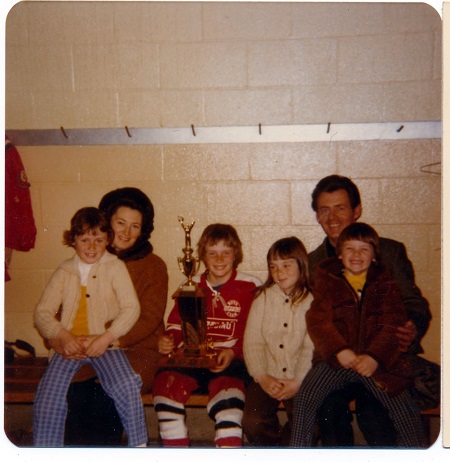 A self-professed tomboy, Geraldine excelled at most sports. At the age of 10, she joined a girls hockey team playing against girls up to six years older than her. By 13, she began playing with the highly acclaimed Toronto Aeros women’s club.