Georgi Kostadinov is a professional football player from Bulgaria who currently plays in Russia's top-tier league, the Russian Premier League. He plays in the defensive midfield position for Arsenal Tula, where he joined in 2018. He wears the Number 70 Jersey for his team.

Kostandinov also plays from central midfield and center-back position besides defensive midfield position. Playing for the club Ludogorets, he won a Bulgarian Cup 2011/12 season. He also won the Bulgarian Supercup 2012 season and won Bulgarian A Group 2011/12 and 2012/13 seasons. He has earned 33 caps for his team.

Who is Georgi Kostadinov? His Personal Information and Family

Georgi Georgiev Kostadinov, famously known as Georgi Kostadinov, was born on September 7, 1990, in Tsarevo, Bulgaria. According to astrology, his birth sign is Virgo. 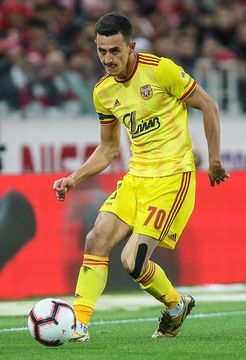 Georgi's father's name and mother's name are not revealed yet. He has never talked about his parents in the media and mentioned them on social media. He also does not mention his siblings and what they do for their living.

Kostadinov, born in Tsarevo, began his career at Naftex Burgas. He assisted Naftex in winning the Bulgarian U19 Championship in 2007–08, scoring the game's only goal against CSKA Sofia in the final. Kostadinov joined Pomorie in June 2009.

He weighs around 70 kg and has short brown hair and black eyes.

What is the salary for Georgi at Arsenal Tula?

The net worth of Arsenal Tula's midfielder is estimated to be $2M approximately. His primary source of income is from his career of playing football for different clubs. His net worth includes his automobiles, houses, and assets. He is one of the highest-paid players in the club. To the same source, the highest-earning player of Arsenal Tula is Igor Smolnikov, who earns 988,000 pounds per year.

Georgi Kostadinov, a midfielder for Arsenal Tula, is a modest man who rarely discusses his personal life in public. On Instagram, Kostadinov hasn't published pictures of himself with any women. 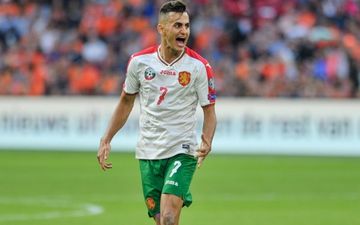 So, in 2022, he must be unmarried and not date anyone. He has also never been engaged or married before.

Georgi is an active social media user who has made his presence on Instagram.

His Instagram Id is @gkostadinoff, and he has more than 816 followers.