Gayle Marie LaJaunie Bird Benson widely recognized as Gayle Benson is an American businesswoman and sports franchise owner. After the death of her husband, Tom Benson she became the owner of the New Orleans Pelicans of the National Basketball Association (NBA) and the New Orleans Saints of the National Football League (NFL). Moreover, she is the first woman to hold the majority shareholder of the voting stock in an NFL and NBA franchise.

New Orleans, Louisiana native, Gayle Benson was born on 26th January 1947, under the star sign Aquarius. She holds an American nationality and belongs to the white ethnic background.

As of 2020, Gayle Benson has an estimated net worth of $3.3 billion. The richest person in every state, the significant source of her wealth us pro sports teams.

Aforementioned, she owns the NFL's New Orleans Saints and NBA's New Orleans Pelicans. Saints' present value is $2.275 billion which has a revenue of $441 million. On the other side, Pelicans has an estimated value of $1.35 billion U.S. dollars.

Gayle first tied the knot to Nace Anthony Salomone, on April 8, 1967. later five years the couple ended their relationship in divorce and annulment in 1972. Her second marriage was to Thomas Bird, on February 14, 1977, in South Pass, Plaquemines Parish, Louisiana. After a decade long marital life, they divorced on June 25, 1987. 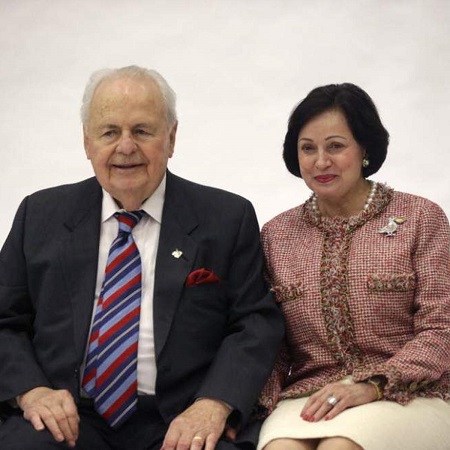 Gayle's third marriage was to Tom Benson. They met at St. Louis Cathedral after Gayle joined a mass in memory of Tom Benson's second wife, Grace Benson. Gayle and Tom exchanged the vows on October 29, 2004, in San Antonio.

On October 22, 2014, Gayle Benson and her husband celebrated their tenth anniversary by renewing their wedding vows at St. Louis Cathedral in New Orleans. She was married to Tom until his death in 2018.

She enrolled at St. Joseph, St. Anthony, and Holy Name of Mary schools. In 1966, she graduated from Martin Behrman High School.

On December 27, 2014, Tom Benson wrote an e-mail to his daughter and two grandchildren pronouncing he required "no further contact with any of you" and Gayle Benson was named his heir. Following the death of her husband, Benson became the owner of both the Saints and Pelicans.