Gaston Avila, born Gaston Luciano Avila, is a well-known footballer from Argentina who currently plays for Belgian First Division A club Antwerp. He plays as a defender and wears jersey number 22. Furthermore, Avila began his football career with the Rosario Central team.

Apart from that, Avila is one of the most skilled players on his team, whose defending skills are pretty amazing. He has also played for Boca Juniors and has helped the team to win some titles, including the Argentine Primera Division (2019-20) and Copa de la Liga Profesional (2022).

The Antwerp defender, Gaston Avila, is a taken guy. Besides being a professional footballer, he is also a good loving partner who lives with his girlfriend, Karen. Avila has been dating his partner, Karen, for a long time. On June 7, 2020, Avila made the first post with his girlfriend on his Instagram handle. 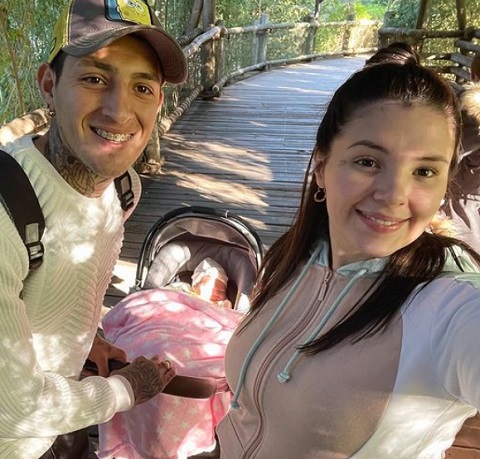 Gaston Avila with his partner and their child SOURCE: Instagram @gastonavila.14

So, it can be said that he has been with his girlfriend since 2020. Since then, the footballer has been making regular posts with his loving partner. Likewise, the pair has not revealed anything about whether they are married or not. Also, there is not a single post about their marriage on social media.

Apart from that, Avila and Karen have already started a family of their own. On May 3, 2022, Avila shared a photo of his partner and their child. They have a daughter named Pilar. Besides, Karen uses Instagram as @villagrakaren_, from where she shows off her lifestyle.

Avila is a young footballer who is signed with Antwerp. As per Transfermrkt, he received a huge fee of €4.40m. Having an impressive deal, Avila may be receiving a fair salary from the club. As said earlier, he has played for other teams too. 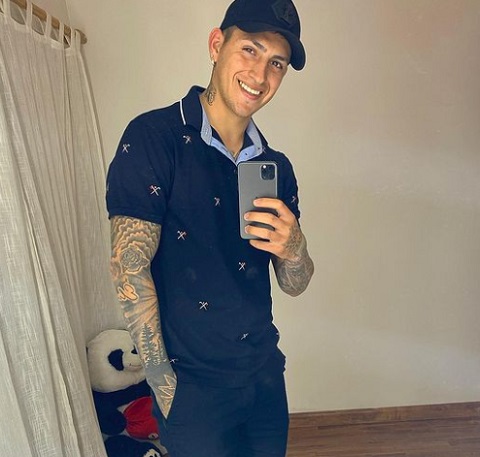 Furthermore, Avila's net worth is not less than a million dollars. As Avila is still playing professionally, his income is also increasing daily.

More On His Professional Career

The young footballer Avila joined Rosario Central and later moved to Boca Juniors in 2019. On February 2, 2020, Avila made his professional debut for the team by playing versus Talleres. For the senior squad of Boca Juniors, he appeared in 8 games. 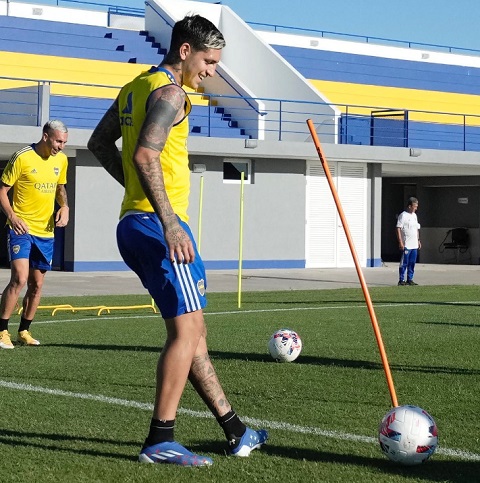 And on February 10, 2021, Avila was loaned to Rosario Central. Playing with them, he appeared in 27 games and scored three goals. Since July 23, 2022, Avila has been playing for Belgian First Division A club Antwerp.

Early Life: Who Is His Brother?

Gaston Luciano Avila was born to his parents on September 30, 2001, in Rosario, Argentina. Moreover, Avila holds Argentine nationality and his height measurement is 6 feet 0 inches which is 1.82 m.

Apart from that, Avila grew up together with his brother named, Chimy Avila. His brother is also a professional footballer who plays as a forward for the Spanish club Osasuna.