Garrett Wilson is a rising American football player. Wilson played as a wide receiver for his college team Ohio State Buckeyes and ended his collegiate career at Ohio State University. Garret Wilson announced he would be entering the 2022 NFL draft in December 2021. He played high school football at the Lake Travis High School in Austin.

Columbus, Ohio native Garrett Wilson was born on July 22, 2000, under the Cancer Zodiac family. He was born to Kenny Wilson and Candace Wilson; Wilson's father Kenny played basketball at Davidson. 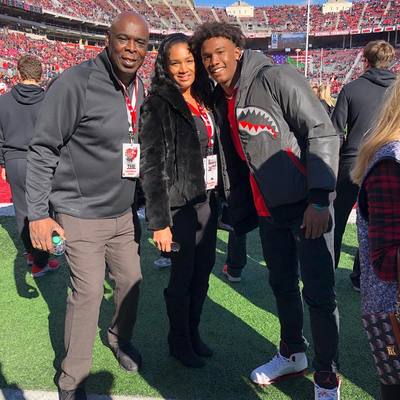 Wilson started playing football at Travis High School. He is on the list of athletes who won the 6A state championships and later committed to playing football for Ohio State University. Buckeyes's wide receiver played 14 games in 2019 with 30 receptions and 5 touchdowns.

Wilson stands 6ft tall and weighs over 87 kg; he is of a black ethnic community and has short curly brown hair.

Wilson is yet to turn professional; he is popularly known for his collegiate career. As a Junior college player, he is not paid by the college according to the NCAA rules. Yet, the college has aided him in his accommodations, flooding, and scholarships.

Besides, Wilson has partnered with Outback Steakhouse which he revealed through his Instagram posts. He posted promoting the Steakhouse.

"I'm officially an #OutbackTeamMATE @Outback is offering 10% off on all orders for college students in the Columbus area, today through Sunday. Must show your student ID. Go get some" 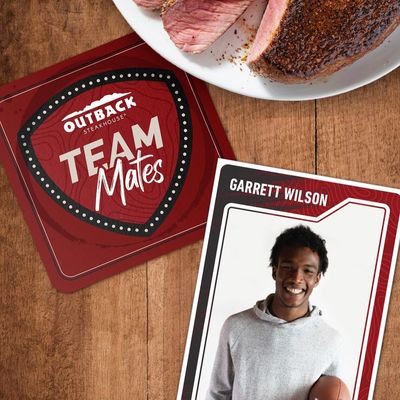 Wilson has announced entering the 2022 NFL Draft in his Instagram and Twitter posts. The wide receiver has been one of the hot topics for most professional clubs; if he is drafted in the round, his contract and salary will get pushed much farther. 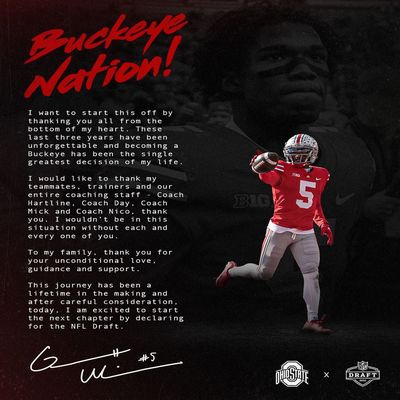 Also read about Alex Verdugo's Net Worth and Relationship Status.

Is Garrett Wilson Dating in 2022? (Affairs and Girlfriend)

Wilson is believed to be single currently, or he might be keeping his romantic life away from the public.