Gabrielle Carle is a Canadian soccer player who currently plays as a forward for the Florida State Seminoles Team. She studied at the Ecole Secondaire des Sources in Montreal in the sport-study program. She enrolled at Florida State University and studying Exercise Physiology. She has represented Canada in the U17, U20 and also played in the national soccer team.

Carle was born on 12 October 1998 under the star sign Libra. She was born in Quebec City, Quebec. She was born to parents Jean Carle and Marie-Claude Guimont in a hospital in Quebec. She grew up alongside Thierry Carle participating in soccer, figure skating, basketball, karate, and swimming. She was five when she started for the AS Chaudiere-Est. Her Favorite players include Cristiano Ronaldo, Lionel Messi, and Christine Sinclair. Her favorite teams are FC Barcelona and Manchester United.

Gabrielle Carles Net worth and Salary in 2020

The 21-years-old Carles is in the starting phase of her career and hasn't accumulated any net worth of her own. However, as a student-athlete at Florida State University, she would have definitely earned a full Scholarship in the University. They have also won the NCAA Championship in 2019. 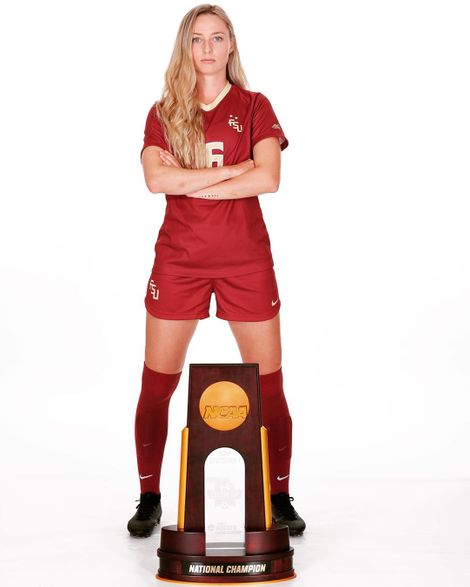 She would have receives a scholarship of $36,409 for representing the Florida State Seminoles. She will gain more fame in her career after being recruited in the women's professional league.

The 21-years-old is single and focused on her career right now. She has proven to be a great asset to the soccer industry and has been trying her best to improve her skills and ability to the fullest. 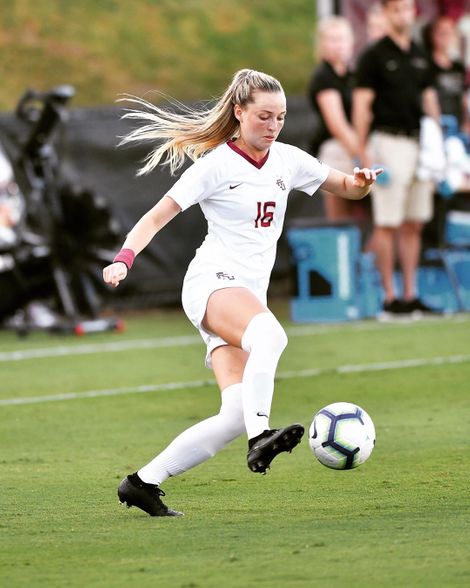 As she is single, she enjoys most of her free time going out with friends and travel to different parts of the town.

The 5' 5'' started her journey at a young age of 5-year-old. She was 14-years-old when she made her debut in the Canadian youth program in 2013 under coach Bev Priestman. She has represented Canada at the U-17 Women's World Cup Costa Rica 2014.

Then again representing Canada in her debut on 9 December 2015. she scored her first international “A” goal for Canada on 16 February 2016 in Houston, TX, USA (CONCACAF Women's Olympic Qualifiers).