Gabriel Iancu is a Romanian professional football player who plays for the Romanian football club, Farul Constanta. Constanta competes in Romanian top-tier league Liga I. He is currently on loan from the Russian Premier League Club Akhmat Grozny. He also plays from the Romanian national team.

Iancu plays as a forwarder for his club and his country Romania. For football club Farul Constanta, he wears shirt number twenty-eight. In the 2019/20 season, he is the Liga I top scorer, and he is also the team of the season of Liga I for the same season. He is also a winner of Supercupa Romaniei 2013 and 2019, playing for two different Romanian teams.

Who is Gabriel Iancu? His physical stats

Gabriel Cristian Iancu, better known as Gabriel Iancu, was born in Bucharest city of Romania, on April 15, 1994. Professional footballer Iancu's educational background is not known as of now. His parent's information is not available yet. 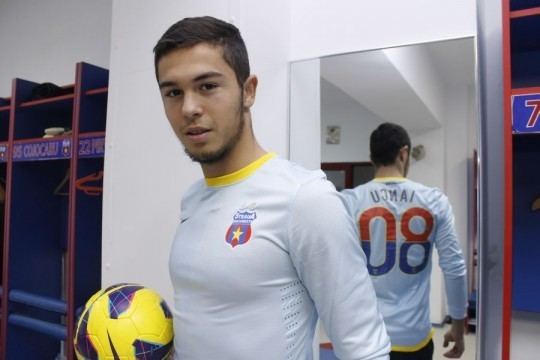 Information about how many siblings he has got is also not available. He is born with a Taurus birth sign. Iancu measures 6 feet 1 inch tall and weighs 80 kg. He has a good appearance and is a healthy athelete. His racial background is white, and he has blonde hair with black eyes.

Since Gabriel Iancu's debut in football, he has played for numerous clubs. So, we can say that he has earned a good amount of money from those clubs. And he also gets remuneration from the Romanian government as he plays from a national team. He is currently on loan from Akhmat Grozny to football club Farul Constanta. According to salary sports, Iancu earns 9,200 Euro weekly, which equals 478,400 Euro annually. Iancu's current market value is 700 Th Euro. On August 5, 2020, he had his highest market value of 1.3M Euro.

Iancu has a net worth of $2M. He has his car and lives in his own house, as per sources. His contract with FCV FArul Constanta ends on June 30, 2022, and he returns to his club Akhmat Grozny.

Also, know about Ahmad Sariweh's net worth in 2022.

Gabriel Cristian Iancu is a close and secret athelete. He does not like to share his private life on social media. Iancu might not be in a relationship as of 2022. According to Romanian media, he is not seen with girls in public places. 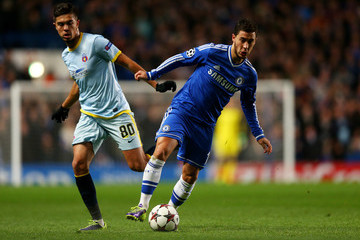 Iancu might not have been engaged or married previously. But we cannot know if he is having a relationship with his partner. He also might be waiting for a particular time to show that he has a girlfriend. So, as of 2022, he does not have any relationship.

Iancu made his debut for Romania in the UEFA Nations League on September 7, 2020, when he replaced wounded Ciprian Deac in the 41st minute of a 3–2 comeback win over Austria.