Gabe Vincent, born Gabriel Nnamdi Vincent, is a Nigerian-American professional basketball player who plays point guard position for the Miami Heat of the National Basketball Association (NBA). He is on a two-way contract with the Sioux Falls Skyforce of the NBA G League. He also plays for the Nigerian national basketball team. He is now teammates with Yante Maten in the Miami Heat, coached by Erik Spoelstra.

A native of Modesto, California, Gabe Vincent was born on June 14, 1996, under the star sign of Gemini. He has a tall figure of 6 ft 3 in and a weight of 91 kg. He attended St. Mary's High School and went to UC Santa Barbara in 2014. He played college basketball for UC Santa Barbara.

Gabe Vincent Net Worth and Earnings in 2020

Professional football player Vincent earns money by playing basketball for the Miami Heat of the NBA. Active in the NBA since 2018, he signed his first contract with the Sacramento Kings for $838,464 on October 2, including an average salary of $838,464. 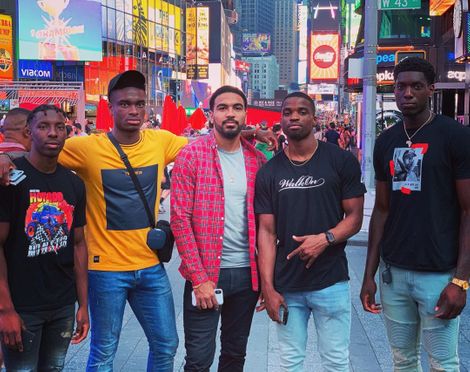 Vincent (middle) with his teammates in NYC SOURCE: Instagram @ iamgabevincent2

Vincent has recently begun his professional career, so, information regarding his sponsorship and endorsement deals are not disclosed. His net worth has not been made public either. Keep visiting us to know about his net worth. We will update his net worth as soon as we have data.

The 24 years old Vincent is currently married. He is married to Jackie Vincent. She is a teacher. Together they have a daughter, whose name remains unknown at the moment. She is in her early years. 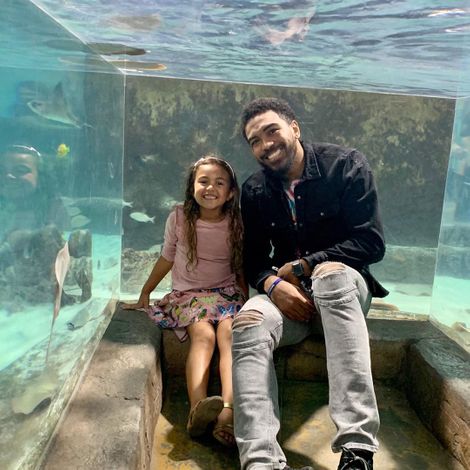 Also, information regarding their dating and relationship before their marriage remains secret. As far as we can say, Vincent likes to keep it private and neither does he share his wife's pictures on his Instagram page nor on Twitter.

Hopefully, in the future, we expect to hear more about such information from him.

Upon graduation, Vincent spent some time with the Sacramento Kings as he had a pre-draft workout with them. On October 2, 2018, the Kings signed him on an Exhibit 10 contract. He played in 24 games in the 2018-19 seasons before being waived a few days later.

Following his departure from the Kings, he signed with the Stockton Kings. He played in 2 games with Stockton, averaging 23.4 points, 3.8 rebounds, and 1.30 steals per game.

On 8 Jan 2020, Vincent signed with the Miami Heat to a two-way contract.

Gabe Vincent also plays for the Nigerian National Basketball Team D'Tigers. On 24 August, in a match against Poland, he scored 23 points, including the game-winning three-pointer with 0.3 seconds left in the game. At the 2019 FIBA Basketball World Cup, which was held in China, he represented the national basketball team of Nigeria.