Fyodor Chalov is a professional football player from Russia who currently plays in the Swiss top league, the Swiss Super League. He plays in the striker position for FC Basel where he joined on loan in 2022. His parent club is his childhood club CSKA Moscow He wears the Number 99 Jersey for his team.

Fyodor has won the Russian Super Cup in 2018, which he won while his time at CSKA. Individually, he was named the Russian Premier League Top Goalscorer in the 2018-19 season. Before that, he was also named the Best Young Soccer Player of Russia in 2017.

Who is Fyodor?  His Personal Information and Family

Fyodor Nikolayevich Chalov, famously known as Fyodor Chalov was born on April 10, 1998, in Moscow, Russia. According to astrology, his birth sign is Aries. 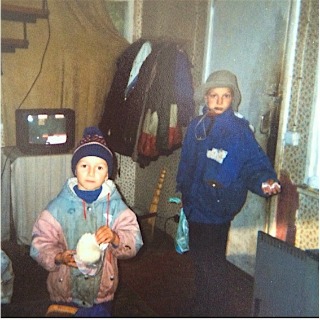 Fyodor's father's name and mother's name are still not revealed. But as per sources, his father is a research chemist by profession.

He grew up along with his brother named Daniil Cholov. Daniil is also a professional footballer who used to play for different teams including Vitebsk, Indija, etc. Fyodor is 4 years younger than his elder brother.

He is the home product of CSKA Moscow where he joined in 2006. Before he spends a year in his first youth club, Yuny Dinamovets Moscow.

He played for the youth team of CSKA between 2006 and 2015 before getting promoted to their first team in 2016.

What is the height and weight of Chalov?

What is the net worth of Chalov?

The net worth of the Fydor C is estimated to be $2.2 million approximately. His net worth includes his properties, cars, houses, and assets.

Most of the earnings come from his profession of playing football in Russia and Switzerland. 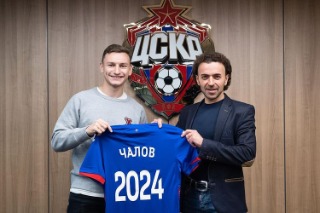 Read: How much Rich is Aleksei Sutormin in 2022? (Net Worth, Salary, and Contract)

His market value in 2022 is 8.5 million pounds, as per transfermarkt.

The relationship status of Fyodor

The CSKA Moscow's striker is a close person who barely shares his relationship status with the public. His partner's name is still not known to his fans.

He has not shared his picture with any girls on his Insta too. So, he must be single in 2022 and not dating anyone. Read: Is Rhyan Grant married or having a secret relationship?

He is not previously married or engaged too.

Chalov is an active social media user who has made his presence on Instagram.