Aleksei Sergeyevich Sutormin, better known by the name Aleksei Sutormin is a Russian professional footballer signed to Zenit Saint Petersburg. Sutormin wears jersey No. 19 for his club Zenit. He plays as a winger for his team while he made 66 appearances, with the club scoring nine goals to date.

How much Rich is Aleksei Sutormin in 2022? (Net Worth, Salary, and Contract)

Aforementioned, Aleksei is signed to Zenit Saint Petersburg and playing for such renowned teams we can expect him to have collected some good earnings to date. Sutormin has spent his senior career with several teams, including FC Strogino Moscow, Volgar Astrakhan, FC Orenburg, and Rubin Kazan.

As per some sources, Zenit's winger is one of the well-paid players who earns £1,040,000 per year playing for the club. He is a teammate of Danil Krugovoy, who earns £124,800 per year. Russian winger also earns a certain amount from endorsements deals, Sutormin is linked with Nike, but he has not disclosed the amount he makes from such deals. 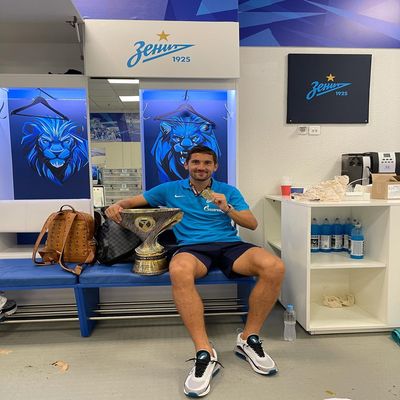 Zenit's winger shares a married life with Marina Sutormina, the couple had for a long time. Sutormin and Marina got married in 2019 in the presence of their family and friends. They live a happily married life, and to date, he has not disclosed any information regarding his child. Marina has been his lover for the past few years, and she is a social media influence who has got more than five followers on Instagram. Check out Sutormin's Instagram on @alexsutor91, where he posts about his private life and professional life.

Russian national team called Sutormin in 2021 to play  World Cup qualifiers. Still, he debuted on October 8, 2021, against Slovakia and was named captain after three days in a match against Slovenia. 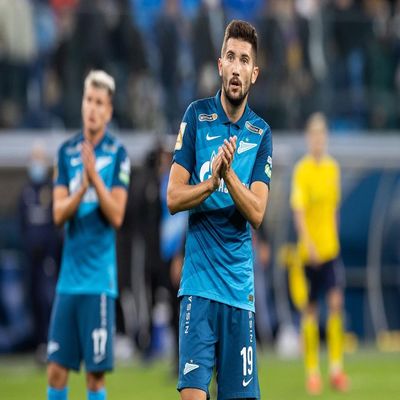 In a total of 3 caps for the Russian national team, Zenit's winger has scored one goal.