Fran Karacic is a professional football player and currently plays in the Serie B club, Brescia. He played in the right-back position for the club and Australian national team and spent his youth career with Kustosija Zagreb, NK Zagreb, and NK Lokomotiva.

Zagreb, Croatia native Fran Karaic was born on 12 May 1996, and he represents the Australian national team. There is not much information about his parent's detail, but his mom was a native from Western Australia.

As of 2022, Fran Karacic stands 6 feet 1 inch tall and weighs over 75Kg. Karacic has short black hair and brown eyes.

How Much Rich is Brescia's right-back Karacic in 2022? (Salary and Net Worth)

As a passionate soccer player from a young age, Brescia's right-back Karacic started his soccer career with Kustosija Zagreb. He played for several top clubs, including NK Lokomotive, NK Lucko, Dinamo Zagreb, and NK Lokomotive, through which he has boosted his net worth. 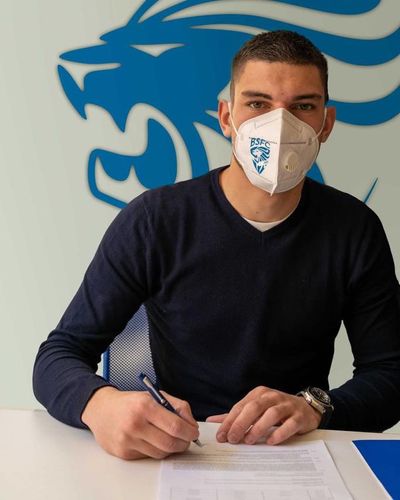 As of 2022, Brescia's right-back Karacic earns a decent amount through endorsement. As per the source, he lives a luxurious life with his family and will make millions in the coming years. Karacic has an estimated net worth of $1 million.

Australia's right-back Karacic is a quiet person who barely shares his relationship status with the public. Fran Karacic is focused on his professional life as a soccer player as he scrolled down his Instagram posts.

Neither Karacic appears with any girls or partners in public, and it is unsure if he is dating in private.

So, he must be single in 2022, and he has not posted much on his Instagram posts.

Which nation does Fran Karacic Represent?

Fran Karacic represented the Croatia U21 team back in 2017; he was named in Australia's squad for the 2018 World Cup in Russia, where he clarified to represent Australia. After several years with the team, he played the 2022 FIFA World Cup qualifying games in 2021, where he debuted against Kuwait.