Framber Valdez is a Dominican professional baseball pitcher who is signed to for the Houston Astros of Major League Baseball (MLB). In 2015, he was signed by the Astros as an international free agent. Later three years, he made his MLB debut.

Jose Altuve is the highest-paid roster of the Houston Astros with a base salary of $26 million.

As of 2021, Framber's net worth is $1 million. Scrolling through his IG, the pitcher seems to have a Lavish Lifestyle. He often posts pictures of his classic four-wheelers.

Framber Valdez is married with three children. The Astros pitcher often shares his adorable family pictures on his Instagram. 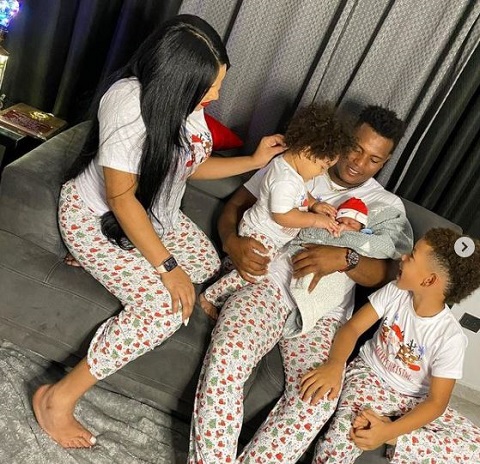 Framber Valdez with his wife and children SOURCE: Instagram @framber_valdez_pinales

However, the hunk is yet to disclose his love story. There is no information on when Framber tied the knot and what is his spouse's name. Though he flaunts his family pictures on socials on the contrary his wife prefers life behind the spotlight, unlike other wags.

On 19th March 2015, Valdez signed with the Houston Astros as an international free agent. Aged 21, he was 5 years older than most amateur free agent signings from his country.

In 2015, Valdez made his professional debut with the DSL Astros, going 4–1 with a 3.68 ERA over 36+2⁄3 innings. The following season, he played for various minor league teams such as Greeneville Astros, Tri-City ValleyCats, Quad Cities River Bandits, and Lancaster JetHawks. He averaged 4–5 with a 3.19 ERA over 73+1⁄3 innings.

In 2017, he played between the Buies Creek Astros and the Corpus Christi Hooks. After that season, he played for the Mesa Solar Sox of the Arizona Fall League.

On August 21, 2018, Valdez was promoted to the major league of Houston Astros. The same day, he made his debut  pitching 4+1⁄3 innings and earning the win.

After suffering from a fracture in left finger on 3rd March 2021, Valdez was expected to miss months or possibly the whole season, he returned on May 28. In 2021, he led the major leagues in the ground ball rate.