Fode Ball-Toure is a professional association football player. He serves as a left-back for the Serie A club AC Milan. Fode is also a former France international, and currently, he plays for the Senegal national team. The defender has played for numerous clubs such as Paris Saint Germain B, Lille, AC Milan, and Monaco in his soccer journey.

The former AC Milan right-back Fode Ballo-Toure was born in the northwestern suburb of France called Conflans-Saint-Honorine on 3 January 1997. Talking about his age, Fode is just 25 years old. His zodiac sign is Capricorn. The former France international put number 5 on his back for his club. He is a right-footed footballer. He stands tall at the height of 6 feet and weighs 70kg. Further description, he has a long shredded built body structure with short black hair and black eyes.

Despite being born in France, the AC Milan jersey number 5, Fode Ballo-Toure, is of Senegalese and Malian descent. His ancestors hail from Senegal. The defender still has close relatives and friends in Senegal and Mali. He was born in a low-income family background where fulfilling basic needs were also quite difficult. Seeking better life and opportunities, his parents left all his relatives and migrated to France. There they had a very difficult period in early life.

His parent is also huge fan of football. After his birth, his father joined him in the local football academy at six. The defender has not said anything about his parents, so it's under the radar. He is the player with a citizen of Tri-nation, i.e., France, Mali and Senegal. He practices a Muslim religion. He is also eligible to represent those national internationally according to his wish.

Talking about his club career, it all started way back in 2003. He joined As Eragny, initially playing and training there for two. Afterward, the 25-year-old left-back moved to the Paris Saint Germain to play his future amateur career. Fode spent 12 years of his career at Paris Saint Germain, appearing from 2005 to 2017. He is the outcome of the PSG football academy. 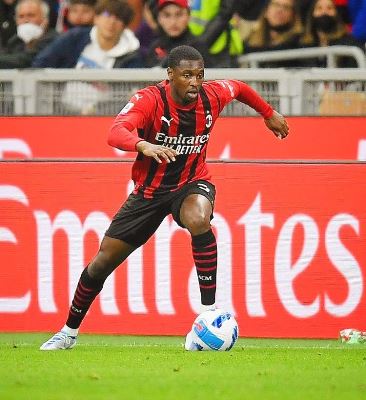 In 2014, he was promoted to the Germain B squad and played 53 games sending the ball one time behind the net. After the expiration of his contract with Paris on 1 July 2017, the French-born Malian and Senegal made his move to join Lille.

He made his first Ligue 1 appearance with Lille on 6 August 2017 in the match against Nantes. Subsequently, he has been playing for two consecutive seasons. The Ac Milan star player Fode signed two years agreement with Monaco on 10 Jan 2019.

Senegal international made appearances on an overall 63 games goalless during his tenure there. Likewise, he signed a major four-year contract with Serie A club AC Milan until June 2025. As per the report posted in Jan 2022, the 25-year-old right-back has played in just 11 games for Milan.

You may also ready bio, the net worth of Lucas Gourna-Douath

He was also a member of the Africa Cup of Nation 2021, where they clinched the title. To date, Honorine-born soccer played has represented Senegal 11 times internationally.

The 2021 Africa cup of nation Champio Fode Ballo-Touren is a well-established footballer and a role for many of his fans. He began his professional soccer career at the age of seventeen. He made his first professional game for Paris Saint-German in 2014. When he was at PSG, his annual salary was £48,360. It has increased with time. 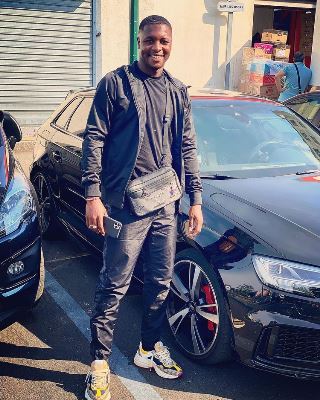 After his move to Lille, he accumulated an annual salary of £9,36,00. Presently, as an Ac Milan left-back, he gets an annual wage of £8,32,000 yearly. As per the sources, he has an estimated net worth of around $5 Million to $10Millio, including his mansion, cars and properties.

As per the value listed by Trasfermarket, the footballer hold the trending value of €5 Million. It will significantly rise in the future based on his performance and for.

Serie A 2021-22 winner Fode is an Adidas sportsperson. Adidas endorses him. It facilitates him with quality soccer boots and jerseys. The athlete promotes and advertises Adidas products on his Social media account and receives a handsome amount of money. 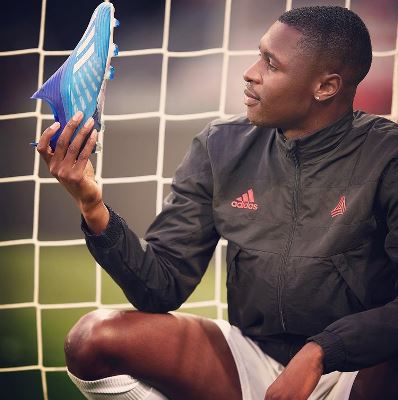 However, the financial transaction between the two parties is yet to be transparent. Fode is also boosting his net worth via his Sponsorship, commercial ads and endorsement deals.

When it comes to relationship status, the defender is very confidential s]about. He seems self-centered and prefers to keep his love life affair to himself. He chose to stay away from the media limelight. Being a private personality person, the Senegal defender Fode has kept his life low-key as a reluth anything related to his dating status or love life is a known to the people.

Regardless, he has not been seen publicly with any lady or girls, so he is believed to be single. His Instagram is also full of Football photos only; hence we can imagine how much he is dedicated and focused on his career. We will keep the tabs and update you on this as soon as possible.

Former Paris Saint Germain defend to be a regular media user. He uses social for numerous purposes. He is one of the popular Ligue 1 players with Instagram followers of more than 117k. He goes by the Instagram name @fbtoure_25. The player chose Instagram over other social media. Likewise, he also has a Twiter id @fodeb_toure. The right-back also has a huge fan following and care in Mali and Senegal.

He also makes good fortunes promoting his brands and sponsorships through his social media account. Via Instagram, Fode also outgives his daily life happenings and sports news and facts to his fans and followings.

The athele completed his schooling in his hometown. He was very interested in soccer rather than his studies, so his academic level was below average. After his schooling, he was too focused on soccer fully. However, the player has not disclosed anything regarding his schooling and college details, so we will update you on this very soon.

Explore more facts, news, bio and love affairs of other players at Playerswiki