Lucas Gourna-Douath is a French professionall football player. The athlete serves in the Ligue 1 Club Saint Etienne as a mid-fielder. He is one of the French rising teenage footballers that many Premier League clubs keep an eye on. He started training football at the age of 6 at Lieusaint.

The French international Lucas Gourna-Douath's birth took place in Villeneuve-Saint-Georges, France, on 5 August 2003. As per astrology, Lucas's star sign is Leo and his in his teenage years, i.e.18, Years old. He has a height of 6 feet and weighs over 69 kg. The athlete hails from a black racial community and has short hair and a dark skin complexion.

Lucas, the Saint-Etienne midfielder, began his football career playing at an earlier age. He was born in a family where soccer was everyone's favorite. His family joined him in the local football academy in 2009. Lucas played for Lieusaint, Senart-Moissy, Torcy and Saint-Etienne during his youth period from 2009 to 2020. The former Torcy player turned pro in 2020 after being upgraded to the Senior squad of Saint-Etienne, signing a contract on 6 May 2020. 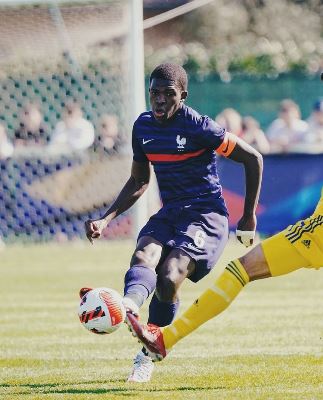 It's been two years since he emerged professional at the senior level. The 18-year-old midfielder has played a total of 60 games with a goal.

Villeneuve Saint Georges-born footballer is the youth international of France. He made his first appearance for France at the U16 level. Since then, he has represented his nation at different ages.

As of 2022, Lucas is not dating anyone. He just began his professional career in 2020, so at the moment, he is focused and dedicated to his career rather than being in a relationship. Being a private personality, he prefers maintaining his life low-key; as a result, anything concerning his love life and dating status is unfamiliar to the populace.

Wherewithal and net worth of France midfielder Lucas Gourna-Douath

18-year-old midfielder Lucas became pro professional football in 2020 and is still in the early phase of his career. He is the product of Saint-Etienne and began his senior soccer journey with the same club. When he signed a contract with the club in 2020, the France international basic salary was salary €40,000 per annual.

It has now increased, and he nets a whopping salary of €1,00,000 per annum. The midfielder is still yet to make millions shortly. As per the report, he has an estimated net worth of around $1 Million. 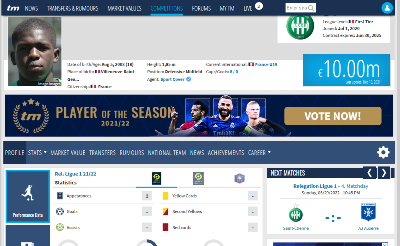 The market value of Lucas as of 2022 SOURCE: Transfermarkt

Talking about his worth as of now, he holds the trending value of €10 Million. His contract with the club expires on 30 June 2025.