Filip Misolic is an Austrian tennis player who turned professional in 2019. Misolic is currently the No. 3 Austrian player. He is a right-handed player standing at an average height of 5 feet 11 inches (1.80 m). Besides, Misolic reached his career-high doubles rankings of World No. 1082 on May 9, 2022.

The young tennis player has played in a few big tournaments and given his best. Also, he has participated in the Wimbledon Championships, and the US Open held in 2022. Being professional for over two years, Misolic has preserved a considerable fortune.

The professional tennis player has earned a lot of money from his profession. Participating in many games, Misolic has taken a fair profit. Taking his career earnings into consideration, it is believed that, Misolic has a net worth of over $100,000. 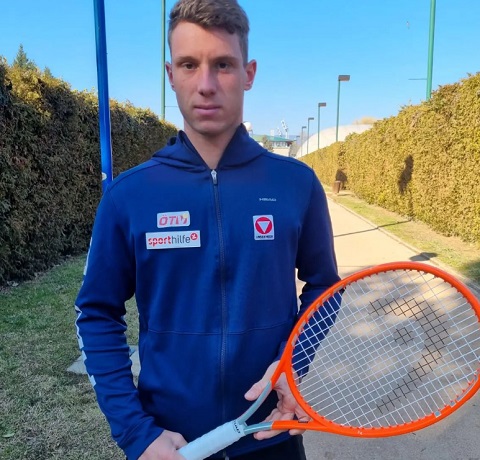 Misolic's career earnings are pretty impressive. As Misolic is still active in this sport, his income will rise in the coming years. Apart from that, Misolic also earns money from sponsorship and endorsement deals.

Misolic's playing kits are from Head Tennis. Likewise, he is working with other companies such as Army Sports Center, OTV, and Austrian Sports Aid.

Does Filip Misolic Have a Girlfriend?

Exploring Misolic's Instagram posts, it can be said that he is currently single. There have been no records of the tennis player having an affair with any ladies. The young player is at the peak point of his career. Rather than searching for a life partner, Misolic may be prioritizing his career. 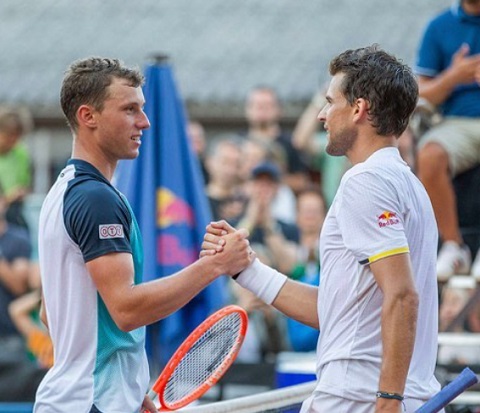 Filip Misolic in a game with his opponent. SOURCE: Instagram @filip_misolic

Since August 2, 2021, Misolic has been making regular posts on Instagram. Misolic shares updates on his training sessions, games, and events from his account. But he has not made a single post about his personal life.

This makes clear that Miscolic is a private person, like another tennis player, Julia Grabher.

Filip Misolic was born on August 8, 2001 in Graz, Austria. His parents are from Croatia. So, from his parent's side, he is of Croatian descent.

Misolic spent his early days in Graz developing his playing skills. Much about his parents and early life is under the radar.

Misolic began his professional tennis career in 2019. Since then, he has participated in many games. Misolic broke into the Top 200 in July 2022 and reached a career-high No. 136 in August 2022. Also, he participated in the 2022 Kitzbuhel in his ATP Tour debut and advanced to the final. 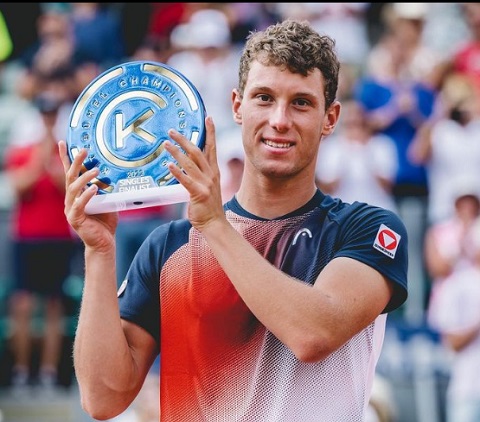