Felix Passlack is a professional rising football player from Germany and currently plays in the German Bundesliga League club, Borussia Dortmund. He plays in the right-back position for Dortmund is on a loan deal with Fortuna Sittard.

Felix Passlack has been playing for the German youth national team since 2014. He has represented Germany U16, U17, U18, U19, and U21 but is yet to debut for the senior Germany national team.

Who is Felix Passlack? Bio and Early Life

Felix Passlack was born on May 29, 1998, in Bottrop, Germany. According to astrologers, his birth sign is Gemini. He was born to his father, Ralf Passlack, who has supported him in every step of his career. Passlack's mother and siblings remain unknown at the time.

According to the sources, Passlack's estimated net worth is approximately more than $1 million. He makes moderate money with his current club, which he started playing in 2016.

As an athlete for Borussia Dortmund, Passlack earns £936,000 annually, which is £18,000 weekly. The German right-back is one of the young talented players who has just started his professional career. So in the coming years, his fans can expect his net worth to grow in millions. 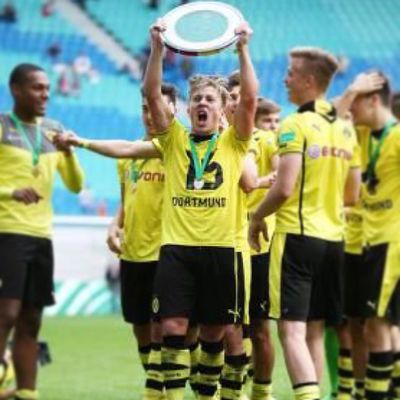 As seen from his Instagram posts, Felix Passlack has been earning well through endorsements with Nike, Passlack's contract with the club ends on June 30, 2023, and his current trending market value is €2.50 million, last updated on December 22, 2021.

Who Is Felix Passlack's Girlfriend?

The German right-back is romantic with his longtime girlfriend, Hannah Robenek. The couple has dated for years, and Passlack posts about this private life on his Instagram. He often goes on vacation with his girlfriend, and Hannah also is seen on the soccer field. 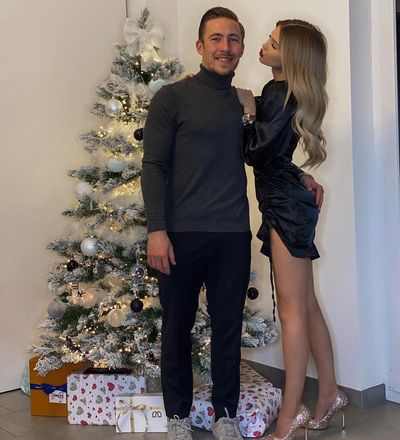 From his Instagram, Hannah has been his prime supporter, and this love bird might settle down in the coming years. Check out Felix's Instagram on @passlackfelix, where he often posts about his private life and professional life.