Anthony McGill is a well-known Scottish Professional snooker player. He has been playing professional games since 2010. Anthony has won two major tournaments in his professional life. The snooker player currently ranks at No. 12 in the World Snooker ranking and his highest ranking was No.12 (as of 4th April 2012). He is a practice Partner of Alan McManus.

Anthony McGill was born on February 5, 1991, in Glasgow, Scotland. He is yet to utter a single word about his parents and his early life with the media. Anthony holds Scottish nationality.

Anthony McGill has an estimated net worth of more than $1 Million. He has been able to accumulate most of his net worth through his successful career in snooker. McGill is ranked among the successful snooker players. 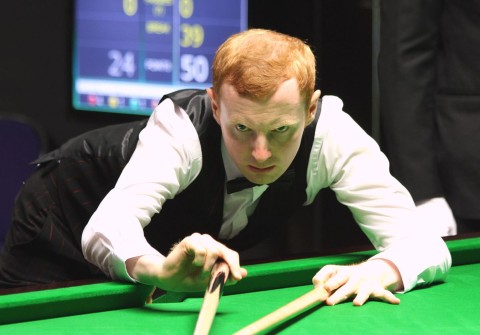 Anthony has been playing professional snooker from 2010 SOURCE: Sky Sports

Anthony must be earning a handsome amount from his sponsors like Betfred, Dafabet, Sims, and a few more. Ronnie O’Sullivan is the Richest Snooker player in the world with a career earning of $12.5 Million.

Anthony is very much private about his life. He has become successful in keeping his family and personal life away from the public. Also, The snooker player does not show any presence on social media.

McGill could be secretly dating someone or could be married and living a happy married life. In an interview, he mentioned that He lives with his family in between Parkhead and Tollcross, from where he can see Celtic Park from their window.

Glasgow Native Anthony started playing snooker from a very early age. He was the runner-up in the 2006 Junior Pot Black. In 2008, McGill became the runner-up in the 2008 European Under-19's Championship. He won the fifth event of the International Open Series and finished fourth in the rankings in 2009. Anthony turned professional in 2010 but could not make much impact in his rookie year.

In the 2012/13 season, McGill had a very good season in the Players Tour Championship events by reaching his first-ever ranking final in the European Tour Event 5. He finished the season at number 48 in the rankings, at that point his highest position. McGill finished the 2014/15 season, 21st on the European Order of Merit to play in the Grand Final. In the 2016/17 season, The snooker player won his first major title at the Indian Open.

The same season, Anthony won his second title at Shoot-Out. Since then, He has not reached major finals. The following season, He reached the final at Indian Open but could not defend his title. Recently, McGill lost in the semi-final at the 2020 World Championship.