Felix Auger Aliassime, who recently lost to Gael Monfils in the final match of the ATP Rotterdam, is a Canadian Professional Tennis Player who reached a career-high ranking of No.17 on 14 October 2019 at the ATP singles ranking. He reached No. 2 at the career-high ITF junior ranking on 6 June 2016. He plays Right-handed (two-handed backhand) and started playing professionally since 2017.

The 6' 4'' tall was born on Montreal and raised in L'Ancienne-Lorette, a suburb of Quebec City. He was born on 8 August 2000 under the star sign Leo, the same day as Roger Federer. He is training under Guillaume Marx and Frederic Fontang.

He is born to parents Sam Aliassime and Marie Auger. He grew up alongside Malika Auger-Aliassime who also plays tennis. He has been playing with Babolat racquets since his junior days.

Felix Auger-Aliassime's Net Worth; Howe much has he Earned from Tennis?

The 21-year-old has earned his income through his professional career in the tennis industry. His reported net worth is $1.5 million. He has accumulated most of his net worth from his tennis tournament. The young and talented Felix also receives sponsorship and endorsement from various companies that add value to his net worth.

The total earning from his career is estimated to be $2,226,528. Being at such a young age and already earning such an amount is truly recommendable. 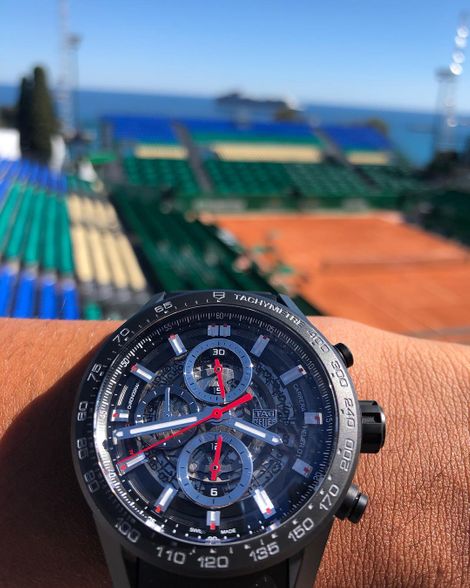 He has paid a partnership with Tagheuer, a Swiss luxury watch. He has also been sponsored by Nike and Babolat.

He is living a lavish lifestyle from all of his earnings from his profession. having millions in his pocket hasn't changed his personality and is living a healthy and wants to be consistent in his professional work and will continue to train every day to achieve that.

Who is Felix dating?

Felix is dating Nina Ghaibi. Their relationship started around July 2019. They just started dating each other but they seem to be having a wonderful time with each other and enjoy each other's company very well. 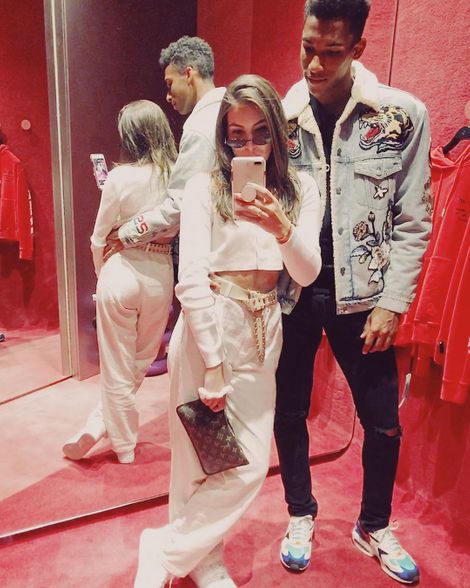 They aren't afraid to flaunt their love on Instagram and are seen posting pictures with one another on their romantic getaway. The duo seems to be enjoying their life traveling and enjoying the time they have with each other.

However, due to Auger training and tournament, he has limited time with Nina. They enjoy to the fullest, whenever they can.

This might be the common thing in anybody's life and is the same for the 6' 4'' tall. He really loves his family and is always seen enjoys with them. His family is his number one priority and will do absolutely anything for them.

“It'd be impossible or very tough for me to do the things that I've been doing without the support of my family. The love that they give me really gives me a lot of strength, a lot of motivation,” said Auger-Aliassime. 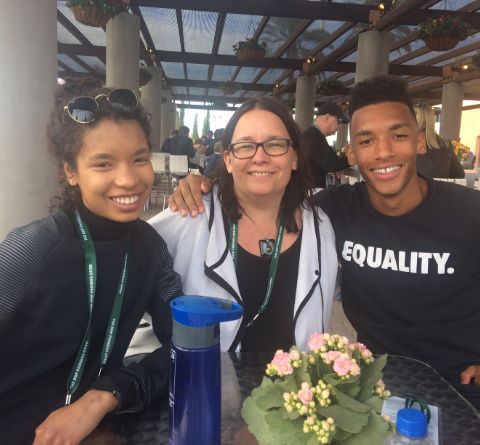 However, with him on the road for most of the year, the family doesn't get enough time to spend with their son. so whenever the opportunity arises they make sure to have extra special time together.

He recently competed in the ATP Rotterdam 2020 where he reached the finals defeating Pablo Carreño Busta in the semi-finals. He faced Gael Monfils in the final where he was defeated with 6-2, 6-4.