Felipe Diaz Colares Aka 'Cabocao' is a Ultimate Fighting Championship fighter who currently competes in the Bantamweight. A member of the Team Nogueira, he has appeared in 10 games to date. He has 9 wins and a single loss. Colares is very savvy on the mat with excellent jiu-jitsu and is a real threat with chokes.

Felipe Colares's Net Worth in 2020

The 25-years-old is still young and starting to grow in his career, his current net worth is just $50,000. The young star is rising towards fame and will shortly shine tremendously in the near future.

If things sail smoothy for the young lad then he will definitely be worth much more. He has also signed various endorsements and brand deals with the various company but since he hasn't reached his full potential, he would receive much from those deals.

It might be a shock to everyone but Felipe is already married and living a happy and healthy life with his wife. Though the couple has to manage their time to meet and enjoy since Felipe has to travel a lot due to his career. 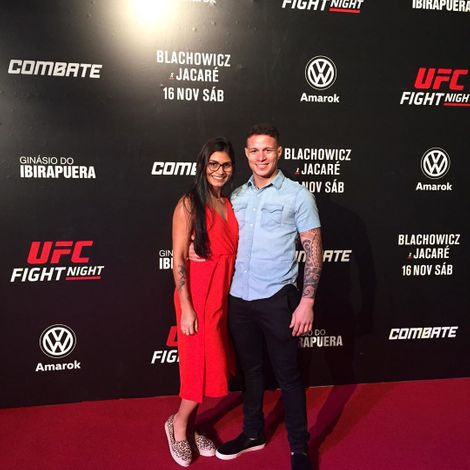 The 25-years-old is married to Jacq Amaral. the marriage details aren't available but will be updated shortly. Both of them are seen sharing a post of them together or with their family regularly.

Previous and Upcoming Matches in the UFC

He won 8 matches in a row and unfortunately his lucky streak was ended when he lost against Geraldo de Freitas jr. in the UFC debut in Fight Night 144- Assuncao vs Moraes 2.

His next opponent is Montel Jackson. The Fight will be held in Raleigh, North Carolina in the UFC Fight Night 166. 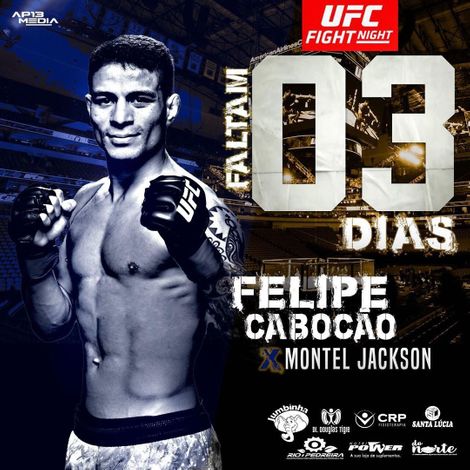 Felipe has been performing well in his professional career and if things sail smoothly, he will eventually be a great sport in the UFC world.

Felipe Colares enjoys his family company. He visits his family in his free schedule. He enjoys having dinner with the family and often shares pictures on social media sites. 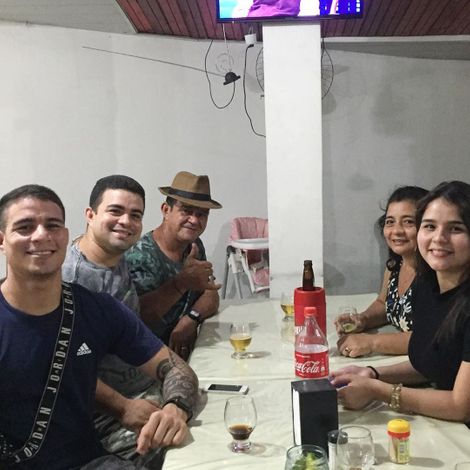 He was born and raised alongside, sister Nayaraa Colares and brother Lauro Colares. The information about his family is kept rather private and we don't know the details of his parents.