Federico Valverde is a Uruguayan professional football player who plays as a center midfielder for the Spanish club Real Madrid. Besides he has played for Peñarol (2015–2016) and on loan for Deportivo La Coruña (2017-2018).

Montevideo, Uruguay native, Federico Valverde was born on 22 July 1998, in and his real name is Federico "Fede" Santiago Valverde Dupatta. He is of Uruguayan nationality and is of White American ethnicity. 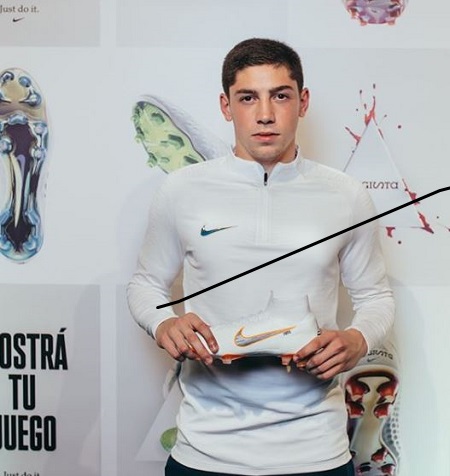 Federico Valverde is a Nike athlete SOURCE: Instagram @fedeevalverde, posted on MAY 31, 2018

Expecting Baby With His Girlfriend

Federico Valverde, 21, is currently in a relationship with Mina Bonino. The duo met through social networks, and although initially, Mina did not want to establish a relationship with him due to the age difference. Mina is 5 years senior to a footballer. However, just two months after the meeting, she decided to leave everything in Argentina to move to Spain with Federico. 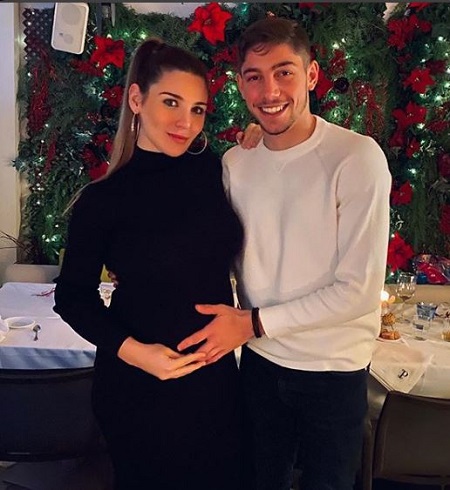 As of now, the couple is expecting their first child. Having said that, let's know more about his bae. Mina graduated as a sports journalist and later had her postgraduate degree from the UBA (University of Buenos Aires).

She first took on as weather presenter for the famous television network 'TyC Sports', and also exercised her profession in 'Intruders in America' and 'The Network'.

Federico Valverde previously dated Julieta Rivera who is a model and Instagram celebrity. They started dating in 2015. Valverde quite often shared photos with his then-girlfriend with a beautiful caption expressing his love towards her. 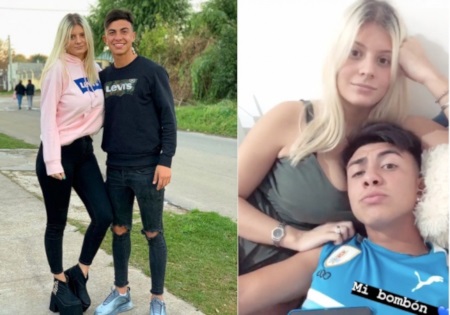 However, their relationship came to an end in 2018 shortly before the World Cup in Russia, and from then on the two deleted the photos from there socials.

Valverde spent most of his youth career with Penarol, he began his footballing career with Penarol and made his professional debut in 2015 where he quickly made an impression. He was in the club for a year appearing in 12 games without a goal. He then moved to Real Madrid in July 2016 making his place in Madrid's B team and made his made debut for Castilla against the Real Union.

The 19-year-old midfielder scored his first goal for Castilla against Albacete in December 2016. He played 24 games for the club scoring 11 goals and was sent on loan to Deportivo La Coruna on 22 June 2017 for one year.

Valverde has experience representing his national side in both junior and senior levels. He made his international debut in 2012 representing the Uruguayan under-15 team. He was awarded Silver Ball at the 2017 FIFA U-20 World Cup as Uruguay finished fourth in the tournament.

He made his international debut with the senior team on September 5th against Paraguay and scored his first international goal. His teammates are Luis Suarez, Edinson Cavani, etc.

He made a facial expression using his fingers to tilt his eyes after scoring a penalty in the 2017 FIFA U-20 World Cup quarter-final match against Portugal. The act was supposed racist and offended numerous football fans in the host nation, Korea Republic.