Federico Chiesa was born on October 25, 1997, in Genoa, Italy as the first child of Enrico Chiesa and Francesca Chiesa. His footballing career started as a 5-year-old  youth-player of the U.S. Settignanese system at Settignano which gave him a chance to be trained by his recent club legend Kurt Hamrin.

Federico Chiesa's estimated net worth is around $2.2 Million as of 2020. His recent renewed contract in 2019 added up his fortune, which doubled his salary. Federico is the second-highest-paid player on a weekly basis with $67,674 per week just behind his veteran teammate Franck Ribery who has a salary of $111,859 per week until 2021. Frank arrived in free transfer in august 19, 2019 to Fiorentina.

Even if the amount at which he initially signed with the club is unknown but disclosure of his contract amount of $1.9 million(€ 1.7 million) to play for Fiorentina until 2021 was staggering.  He made a contract extension till 2022 on November 18, 2017, showing his loyalty to the club in which his father Enrico Chiesa also played.

Apart from his salary from his club, the Italian forward also has an additional income from endorsement deals. He has signed a deal with Nike and frequently promotes Nike Mercurial shoes on his Instagram. 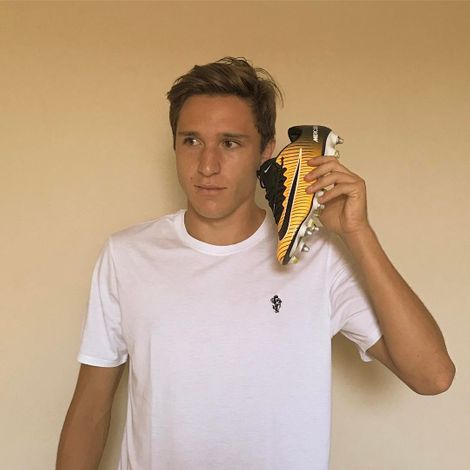 Although being signed as a youth player at the age of 10 in 2007 by the Giovanili side, he was given a role in the 2014-2015 season, where he scored a single goal making seven appearances. However, the following season, his 23 appearances and seven goals in his score sheet led to a professional contract, which he signed in February 2016 with Fiorentina.

It's just a beginning for Federico as a professional football player. He is an upcoming superstar in modern-day football as he is always on the radar of the biggest clubs around the world for the presence of mind he shows in the pitch during his club and international matches. Seeing the history of the talented players in football accumulating more than $100 million in their contracts, we could see Federico up on the list soon.

Interest From the European Giants and Intervention of Italian-American Billionaire

The Italian wonder kid got frequently scouted by several European giants like Real Madrid, Manchester United, Inter Milan, and Juventus in the 2019-2020 season. The price speculated was around $72.7 million(€65 million) to get the Italian forwards signature, and clubs interested were trying to bid the amount.

The Italian international said he was baffled by the valuation of him in the transfer market. He firmly pointed out that the club will decide and evaluate any transfer offers if there is any as well as his family having a strong connection with the club while talking with La Gazzetta Sport magazine Sports week.

"It is a strange feeling if you think about it, but that is my secret, that I don't consider the transfer market valuation at all. I just try to focus on doing well on the pitch."

"Fiorentina will be the ones to evaluate any offers if they come in. I am only in my third season as a professional football player, so I've achieved nothing yet."

The speculation of Federico leaving the club was on a halt, and meeting with inter Milan regarding the probable transfer was off after the Italian-American billionaire Rocco Commisso took over the club on June 6, 2019. His statement on July 18, 2019, saying, "I wouldn't even sell Federico Chiesa for $111 million (€100 million)," stopped every hope of the clubs hunting the Italian ace's signature.

As the club owner was sure to keep the 22-year-old intact to the club, it was apparent his contract was going to improve his contract in the upcoming season. Therefore to fend off all the transfer rumors, on July 27, 2019, Federico Chiesa's salary got doubled to $3.8 million (€3.4 million) from the previous $1.9 million(€ 1.7 million )to play until 2022 for La Viola, as reported in Football Italia.

Federico Chiesa is in a relationship with Florence, born Benedetta Quagli currently. Federico appeared on 21-year-old Benedetta's Instagram post on June 13, 2019. Since then, they seem to appear in each other post quite frequently, exchanging lovely messages for each other. 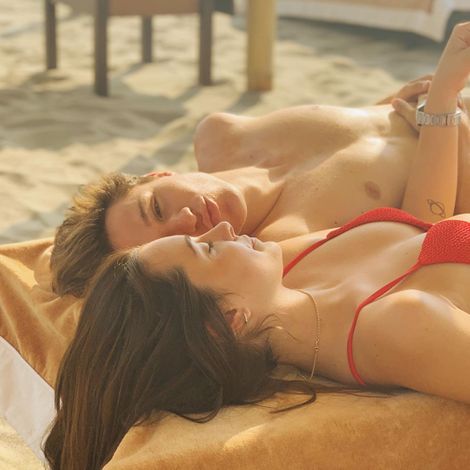 Federico and Benedetta don't hesitate to show their strong connection by publicly posting sensual pictures on each other's Instagram and exchanging comments about how deeply they are in love with each other.

Past Relationship with Caterina Ciabatti

Federico was seen with Catherina Ciabatti around 2018 before he committed to his new wag Benedetta Quagli. They were seen together on various events during the year, sharing pictures of their moments. Ciabatti then 21 was living with the footballer in a noble house on the bank of the Arno, Tuscany. 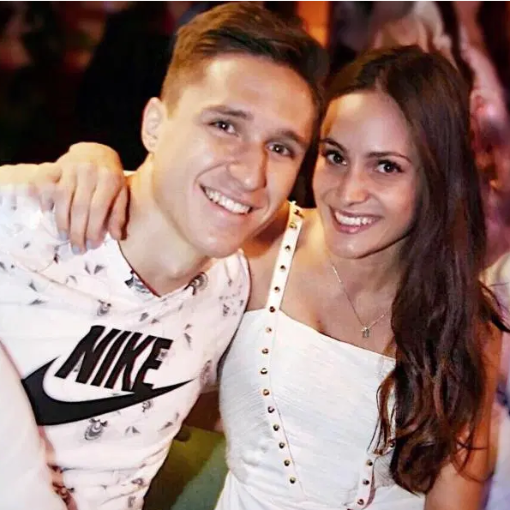 Federico with his previous girlfriend Caterina Ciabatti SOURCE: The Sun

Federico and Catherina met in early 2017 and was in a quick in an inseparable relationship. Federico was enjoying a romantic relationship with the 22-year-old civil engineer from Prato, Italy. Still, unfortunately, they ended their short spree of romance in late 2018 with the reason of separation being unknown.