Famara Diedhiou is a famous footballer based in Senegal who is currently a member of the Super Lig club Alanyaspor. Besides, he also plays for the Senegalese national team and in many international events. Famara is positioned as a striker for the team, and he represents jersey number 14 for his fellow club.

Furthermore, Diedhiou began his football career in 2012 and has professionally craved his mark in the football vocation since there. He made his debut by playing for the club ASM Belfort after which the fans noticed him on various teams and clubs. One after another, he joined reputed clubs like Sochaux in 2014 and Angers in 2016. And before joining the club,  Alanyaspor Diedhiou played for the professional football club based in England, Bristol City F.C., for four seasons. According to the sources, Diedhiou decided to sign four years contract with a fellow club, Alanyaspor.

How Much Does Famara Diedhiou Earn? Salary And Market Value

As mentioned earlier, Famara Diedhiou has a long and successful career in the football vocation, and he has been engaging in the field since 2012 and now. So, he is one of the most experienced and wealthy players among Senegalese football players, including Keita Blade whose net worth is around £19,916,000. Playing for more than five clubs, Famara must have earned a valuable salary as Famara is a pro-level footballer with such a long year of experience in the vocation. 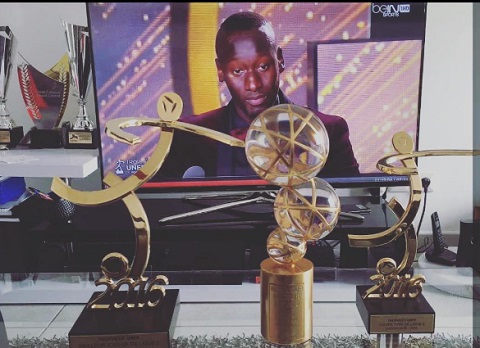 So, talking about his current net worth, the footballer has an estimated net worth of £4 million.

Famara earn £20,000 and £1,040,000, as per the latest research. According to Transfermarket.com, his current market is €4.00 million, and Famara's highest market value so far now is €7.00 million while playing for Bristol City.

Football is the primary source of Famara's income. Still, there has been much speculation that the pro player is also adding money into his bank account from other possible sources like brand promotion and endorsements, which Famara has never let us know.

Facts Into His Dating Life- Who Is Famara Dating?

The fan's favorite footballer, Famara Diedhiou, is assumed to be married. Many online sources claim that the footballer is possibly married; however, he has never let us know the facts regarding his romantic life, nor has he shared any posts on his social media handles.

Famara is not so concerned about flaunting his personal life, especially his lovelife, in the public domain. He keeps his feet safe from unwanted rumors and controversies that might affect his career, which is why he has barred his lovelife away from us.

Therefore, his fan must wait longer to explore his romantic life unless he feels comfortable sharing it online.

Famara Diedhiou was born on 15 December 1992 in Saint-Louis, Senegal. Famara's star sign is Sagittarius, and he holds Senegalese nationality. Exploring his bio, we know that he spent most of his boyhood in his birthplace and started his early career there. Furthermore, he belongs to African descent and follows Muslims to the core. The information regarding his parents is inaccessible at the moment, but they must support him and be proud of his successful football career.