Keita Blade, a professional player from Senegal, is a well-established footballer currently playing as a winger in the Russian Premier League for Spartak Moscow. Moreover, he can play in any region of the frontline. Moreover, he also represents Senegal at the international level and has been a crucial part of the squad since 2015. With the Senegal national team, Keita succeeded in clinching the African Cup of Nations in his history book. Not only that, Keita is the Bronze medalist of the U-20 FIFA World Cup.

Spain-born Senegalese origin Keita Blade represents Senegal despite holding both nation's nationalities. The Lazio ex-player has been making his presence in this sector since 2013 and has played for seven clubs to date. Lazio, Manaco, Inter Milan, etc., are some of the clubs on which he has delivered his soccer skills.

Have A Look On His Early life And Birth Facts

Kieta Blade is a multi-talented soccer player born in Arbucies, Spain on March 8, 1995. Although he was born in Spain, he is of African roots, i.e., Senegal. As of today, Keita is 27 years old. He is a both-footed player who balance uses his both feet. Both of his parents are of Senegal nationality. They migrated to Spain a very long time ago. So now, they are legally Spanish too. He is not comfortable enough to reveal his parent's details for now, so it remains under the radar.

Nonetheless, we know he came as his parents' first son. The athlete has a younger brother named Ibourahima Blade. Like him, his brother is also a football player. Concerning his early life, he was known to be Inter Milan fan since childhood. Moreover, he idolized Samuel Eto.

Keita is competing in the Russian Premier League, which is also known to be the league that pays its players in Iimpressive amounts. Before moving to Spartak Moscow, Keita  professionally played at clubs, including Lazio, Monaco, Inter Milan, and Cagliari. There is no question that he makes his salary figures in six figures. His career-dedicated personality has made him the player he is now. At Spartak Moscow, the wage he receives is unknown. But as a Cagliari player, he accumulated amazing pay of £32,000 weekly and £1,664,000 annually. 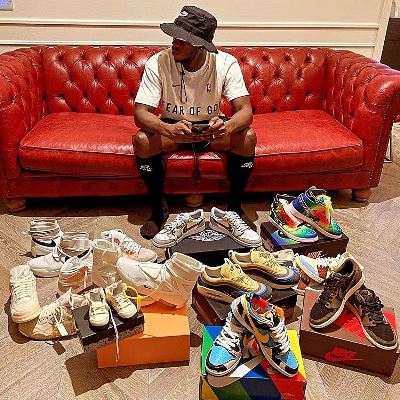 Therefore, his estimated net worth in the meantime is around £19,916,000 as documented by the Salary Sport.  Eyeing his respective IG handle @keitabladeofficial, the 6 feet winger appears to be enjoying his elegant lifestyle. What is more, Keita is a colossal sneaker lover. He loves flaunting his thousand of dollars sneakers collection on his Instagram.

The 2021 African Cup of Nations Winner, Keita Blade, is not married. However, he is currently dating a beautiful notable Italian model Simona Guatieri. He is open about his relationship with Simona. Without being married only, they have welcomed two babies in thier family. The pair's love story started in 2017. Since then, they have been in a romantic relationship. 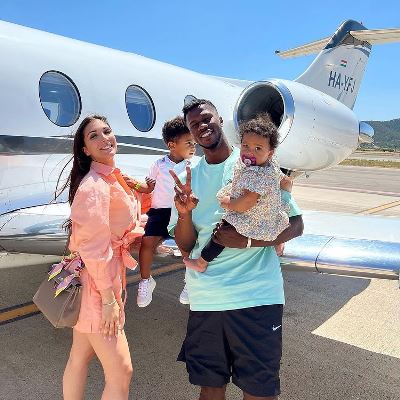 Keita enjoying the holiday with his Girlfriend and kids  SOURCE: Instagram

For your information, their first babe's name is Thiago, while his second one remains unfamiliar for now. He is a caring father who loves spending time with his children. Also, his Instagram feeds are almost filled with his lovely family photos. Seeing thier activities on online sites, the couple is soon to be wedded.