Ezri Konsa is a rising English professional football player. He has been playing for Premier League club Aston Villa. Konsa has represented England's junior team in numerous divisions. Ezi started his professional career in 2016 and plays as a defender for his club and country.

Ezri Konsa was born Ezri Ngoyo Konsa on October 23, 1997, in Newham, London. He was born to a Congolese (DRC) father and an Angolan mother and is eligible for Portuguese citizenship. Ezri graduated from Harris Academy Greenwich and started his professional career. Konza stands six feet in height and weighs 77 kg.

Ezri Konsa has an estimated net worth of more than $1 Million. He has earned most of his net worth through his successful career as a football player. Ezri signed a contract extension with Aston Villa until 2026 for more than $3 Million. 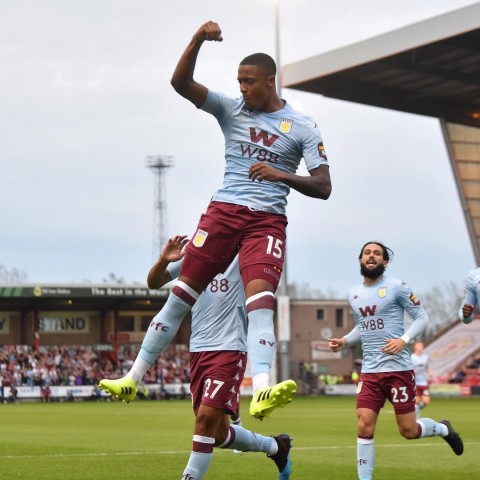 Konsa has an annual salary of £416,000 with the Villa and earns £8,000 as his weekly wage. Ezri previously earned almost $500,000 while playing for Brentford. He is very early in his career and will be making millions in the future.

The English football player is believed to be single as of early 2021. Konsa is very much early in his career and must focus on his career.

Ezri started training with Senrab, a local youth club in Newham. The player moved to Charleton Athletic in 2009 and trained with its youth team. He began a scholarship in July 2014 and progressed sufficiently to sign a "long-term" professional contract in December 2015. The player made his senior team debut in 2016. Ezri played with Brentford for a season SOURCE: [email protected]

Ezri played with the team until 2018. He appeared in seventy-one games for the club. Konsa moved to join Championship club Brentford on a three-year contract, with a one-year option, reported £2.5 million fees. The player appeared in forty-two games for the club in the next two seasons and then moved to newly-promoted Premier League club Aston Villa for an undisclosed fee.

Konsa had a decent season in the first year with the club. In April 2021, Ezri signed a contract extension with Aston Villa until 2026. In December, He became the first defender to score twice in a Premier League match for Aston Villa since 2010. Konsa will be playing with the Aston Villa along with Emi Buendia and Coutinho.

Ezri was named for the England U20 Team in 2017 for the  2017 FIFA U-20 World Cup. The team won the tournament defeating Italy in the final. In 2018, He was named to the U21 team and has appeared in seven games and scored one goal. Konsa is yet to make his senior team appearance.