Exequiel Palacios is a professional Argentine football player who plays for Bundesliga club Bayer Leverkusen. The 5 feet 10 inches player also represents the Argentina national team. Before making his debut for the senior national team, he also played in various games representing Argentina U17 and Argentina U20 teams.

The young footballer played initially for River Plate and later became a part of Bayer Leverkusen after joining the club on January 1, 2020. For your information, his main position is a midfielder, and he wears jersey number 25. Apart from being popular for his professional work, Palacios often makes headlines on the internet regarding his relationships as he has dated multiple ladies.

His Net Worth and Career Earnings

Palacios is a professional footballer who currently plays for Bayer Leverkusen. The Salary sport reports that Palacios earns £54,000 per week and £2,808,000 per year while playing for his current team. And another report claims that Palacios signed a massive deal with Bayer worth 1.7 Million euros.

According to Transfermrkt, Palacios' market value is €15.00 m, while his highest value was €25.00 million on December 5, 2019. The same website has mentioned that his transfer rate was €17.00 million while moving from River Plate to Bay. Leverkusen. 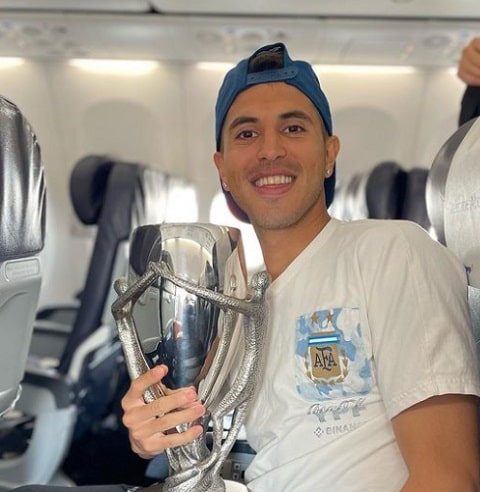 Playing for his team, Palacios has helped his team to win various titles, and his performances have helped him gain some cash prizes. In addition to that, Palacios may earn money from sponsorship and endorsement deals. As per his Ig bio, Palacios is associated with Adidas Football. According to the Influencer Marketing Hub, Palacios has the potential to earn $1,116.75 - $1,861.25 from a single sponsored post on Instagram.

Moving into his love life, Palacios is in a relationship with his beloved girlfriend, Yesi. It is anonymous when the pair began dating, but it is clear that they are doing pretty well in their life. Palacios and Yesi often post images on his Instagram handle.

The pair loves exploring different places, and they have gone together to various locations. Not only that, but they have shared some moments via their social media accounts. Apart from that, Palacios was in a relationship with Instagram model Sol Perez. Their relationship news came into the media in August 2018. 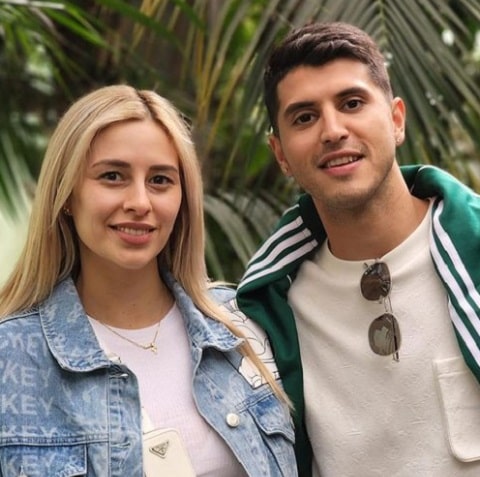 During their relationship, Palacios also started dating Juliana Orellano, a talented actress, singer, and dancer. However, their love life couldn't move forward as Orellano found that Palacios was dating another lady. It was also reported that the footballer dated Karen Gramajo, a manicurist, for four years.

Furthermore, his name surfaced more on the internet when all those women took on social media to protest Palacios' disloyalty. And now, Palacios is leading a happy life with his girlfriend, Yesi.

Initially, Palacios was associated with Club Atletico River Plate. And on November 8, 2015, Palacios made his league debut by playing against Newell's Old Boys. On December 13, 2019, Palacios participated in the final of the Copa Argentina versus Central Cordoba. With the team River Plat, he made 48 appearances and scored four goals.

After that, Palacios joined Bundesliga club Bayer Leverkusen with whom he signed a deal on January 1, 2020. Regarding his international career, Palacios made ten appearances for the Argentina U17 team and scored a goal. Similarly, Palacios played in 3 games while representing the Argentina U20 team. 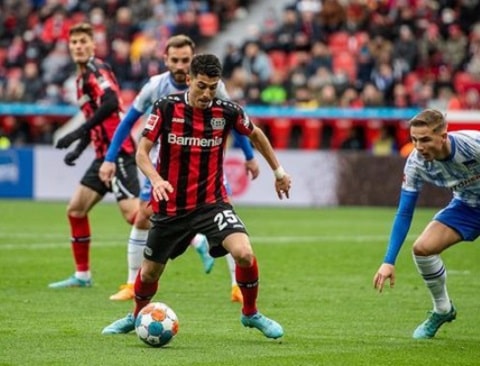 Exequiel Palacios in one of his games SOURCE: Instagram @exepalaciosok

Finally, on September 8, 2018, Palacios made his international debut for Argentina, playing against the Guatemala national football team. While playing for his team, he has faced some injuries. On November 12, 2020, he fractured a bone in his spine during a match against Paraguay. Palacios was a part of the team that won the title of Copa America in 2021 and the CONMEBOL-UEFA Cup of Champions in 2022.

Exequiel Alejandro Palacios was born on October 5, 1998, in Famailla, Tucuman, Argentina making his age 23 years as of early 2022. He holds an Argentine nationality and peaks at 5 feet 10 inches (1.77 m). The footballer was passionate about playing sports from an early age and aimed to pursue a career in it.

Besides that, his parents have supported him since the beginning of his career, and his father and mother play a huge role in his success. Despite that, Palacios is very private and has not discussed his family background with the media. 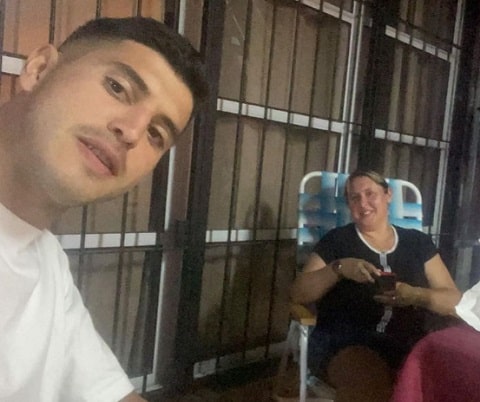 Due to this reason, we are unable to share if Palacios has siblings or not. Meanwhile, Palacios shares a strong bond with his mother and has also shared some snaps with her on his Instagram handle.

Exequiel Palacios has been an active social media user using Instagram since 2020. Palacios is registered on Instagram under the username @exepalaciosok and made his first post on June 21, 2020. Since then, Palacios has been making regular posts on his IG handle. From his Instagram account, Palacios shares updates regarding his personal and professional lifestyle. For your information, his account is also verified, and more than 374k people have followed him there at the time of this writing.