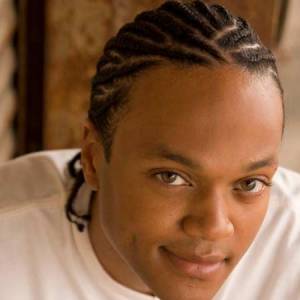 Ernest James is an American mixed martial artist currently competing in Bellator Fighting Championship under the heavyweight division. The fighter is ranked at No. 54 out of 158 active US West Pro Heavyweights as well as No. 29th out of 80 active California Pro Heavyweights.

He is associated with Dethrone Base Camp.

Ernest James was born in Fresno, California, the United States, his exacts date of birth isn't disclosed by the fighter. By nationality, James is an American and he belongs to Afro-American ethnicity.

Not much known about his past life. The information related to his childhood, parents, siblings, and educational background is still a subject of curiosity.

Ernest James' Net Worth and Endorsement

The star of the ring, James has accumulated descent sum through his MMA career. However, his exact figure of net worth and salary is not notable as he has just complete for few professional fights.

On 7th of November 2015, James made his MMA amateur career debut at No Limit Fighting Championship 7, where he faced Dyllan Snavely. He won the fight via unanimous decision in the round three.

He next faced Richard Taifane at 559 Fights 42: Lewis vs. Lujan on 19th of February 2016. He won the bout via submission in the round one.

On 6th October 2017, he made his professional and promotional debut at Bellator 184: Dantas vs. Caldwell, against Rashemm Jones. He kissed the victory in the round one via TKO.

Standing six-feet-three-inches tall, James prefers to maintain his personal life in a low key, as he is a public figure now. Thus far, he has shared less to no information about his love life, not even his relationship status. Also, the fighter is inactive in social sites. Hence, he might be single and unmarried at the moment.