Erica Weston is a professional television personality from America who currently works as a Host or Reporter in Bally Sports Midwest. She joined Bally Sports in June of 2018 and has been working since then. She covers the Cardinal Sports Events. Before, she worked as a reporter at Los Angeles Dodgers and Kgun Television. She is one of the beautiful hosts and has already contributed to the Victoria's Vanity beauty blog.

Before starting her career in media, she used to work as a Cheerleader and dancer of the Denver Broncos and LA Lakers. Besides interviews and pre-game show hosting, she is also highly active in the Digital platform. She has an account in Cameo where she gives updates on programs. It has raised her popularity and fame more.

Erica Weston was born on December 26, 1986, in Lone Tree, CO, United States. According to the astrologers, her zodiac sign is Capricorn. Her father's name is Rick Weston and her mother's name is Kristine Weston.

She was born and raised in CO along with her brother named Aaron Weston. As a kid, she was very much interested in dancing and started at just 3 years of age. Erica Weston with her mother and brother SOURCE: [email protected]

She went to Highlands Ranch High School in Colorado for her high school. She attended Colorado State University where she graduated in communication.

Net Worth, Earnings, and Sponsor of Erica

Erica Weston has opted for various professions throughout her career. As her childhood interest, she started dancing and cheerleading for LA Lakers in NBA. It was later she chose to report. With her experience, she has earned a pretty good amount from her career. 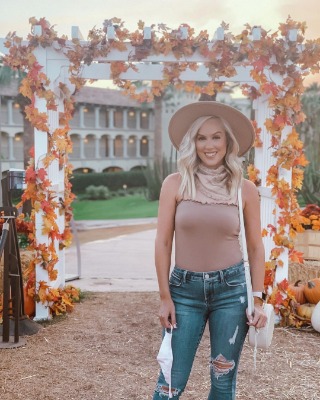 Besides, she has also established herself as a digital platform. She must be earning good there too.

Erica Weston's boyfriend || Who is she dating?

Erica Weston is a closed person who does not like to reveal much about her private life, especially her love life. She has never shared photos or any information regarding her relationship in the media. She is also not seen together with anyone in the public too. So it is hard to estimate whether Bally Sports Midwest's host is single or taken. It seems the Bally Sports' host is single currently and not dating anyone. She is very much active on Instagram where she frequently posts about her profession and her time at different places. The only thing missing is her photo with her partner on the beach enjoying and chilling.